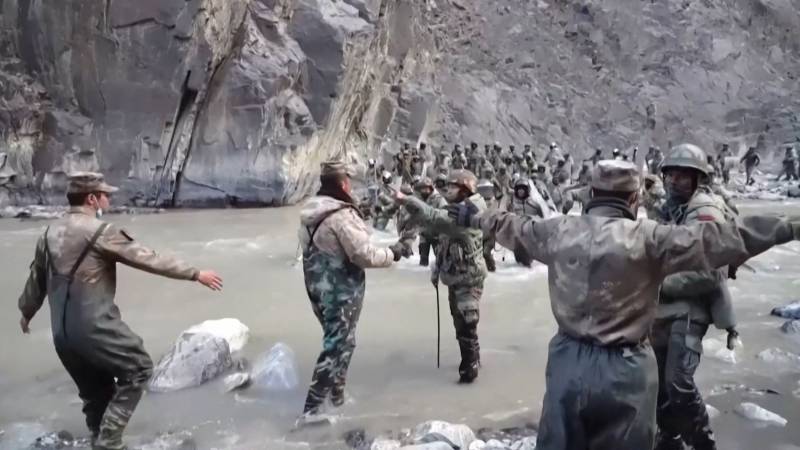 India has deployed at least 50,000 additional troops equipped with heavy artillery and fighter jet squadrons on its border with China in the Ladakh region in the Indian Illegally Occupied Jammu and Kashmir (IIOJ&K) over the past few months.

According to the international media reports, more than 450,000 Indian troops and paramilitary forces are already present in the area where both countries clashed in June last year.

Terming the Indian move a historic shift towards an offensive military posture against China, the Bloomberg said the fear now is that any miscalculation could lead to a deadlier conflict between the two countries.

In June last year, at least 20 Indian soldiers were killed in a clash with Chinese forces in a disputed Himalayan border area.

The incident followed rising tensions, and was the first deadly clash in the border area in at least 45 years.

The Indian army initially said three of its soldiers were killed, adding that both sides suffered casualties.

But later, officials said a number of critically injured soldiers died of their wounds.

India's external affairs ministry accused China of breaking an agreement struck the previous week to respect the Line of Actual Control (LAC) in the Galwan Valley.