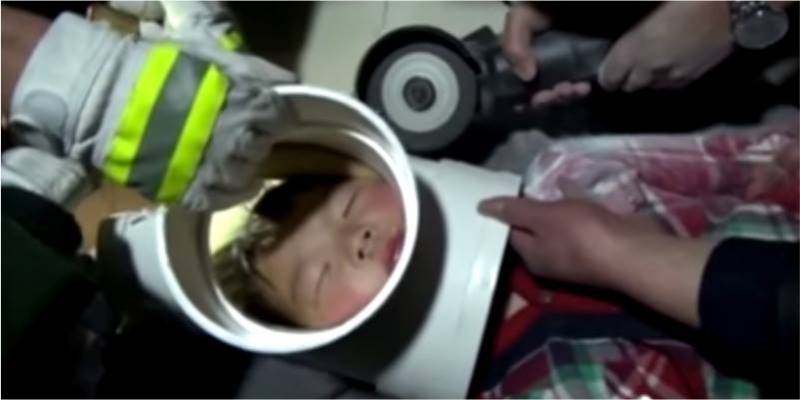 ZHEJIANG (Web Desk) - A five year old boy got his head stuck in a plastic water pipe while playing with it on Monday in Fenghua city, Zhejiang Province.

According to CCTV, the naughty boy’s dangerous act happened after he was ignored by his parents while playing with the pipe.

They had no choice but to send the boy to the local fire station to be set free.
Firefighters needed half an hour to ease the mischievous boy’s head out of the pipe, resorting to using pliers and an electric grinder to free him.

One of the firefighters told fairytales to the boy to take his mind away from the sticky situation while he was being rescued.

The boy’s face and mouth were left swollen after he finally got out of the pipe. Local firefighters reminded parents to pay more attention to their children’s safety and to supervise them carefully.