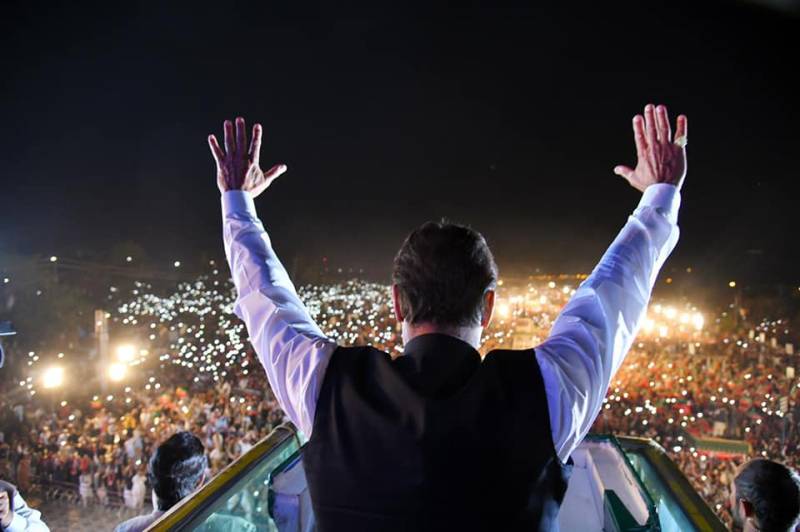 ISLAMABAD – Key members of the federal cabinet on Tuesday defended Prime Minister Imran Khan's statement that he was receiving threats from the international establishment.

As opposition parties downplayed the prime minister's statement, federal ministers Asad Umar and Shireen Mazari said the threat was real and the no-confidence motion against Khan was also part of the international establishment's agenda.

She shared this information through a series of tweets. She wrote, "The facts: There is a document that was conveyed officially to Pak before filing of motion 4 VNC which refers to VNC. The doc categorically states if VNC doesnt succeed & PM not removed there will be serious consequences 4 Pak. Threats r direct & target Pak in critical issue areas.

"Confidential & sensitive communications are not placed before public & media. PM IK & our govt prepared to show this doc to CJ SCP. Already shared with civil/mly ldrshp. NS in UK knew & was part of this int conspiracy. Q is how many Opp mbrs here knew?

"PM IK's independent foreign policy does not sit well with those powers who have viewed Pak as a state where ldrs are subservient to foreign diktat. ZAB was hanged bec of his indep FP. Regime change is a frequent tool of powerful states & allied vested interests from within.

"PM was right in sharing news of Pakistan receiving such a doc with the nation as ppl shd know the real game & forces behind the VNC & their abettors."

PM was right in sharing news of Pakistan receiving such a doc with the nation as ppl shd know the real game & forces behind the VNC & their abettors.

Federal Minister for Planning and Development Asad Umar said that foreign hand was involved in the no-confidence motion against the prime minister. He shared these views on social media.