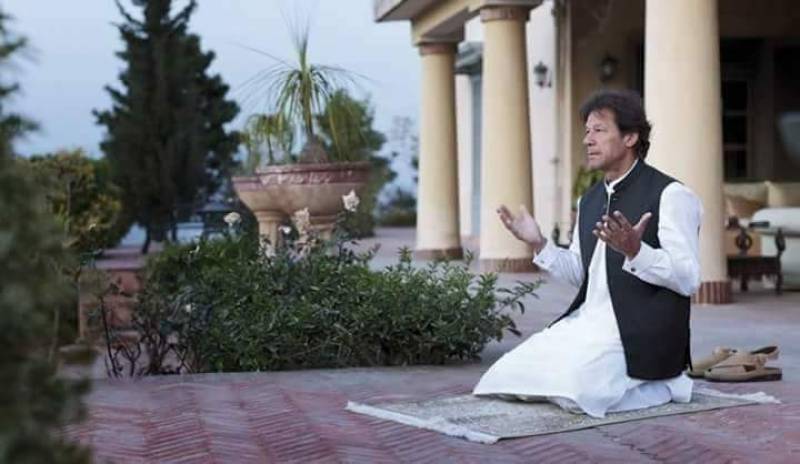 ISLAMABAD - Pakistan Tehreek-e-Insaf Chairman, Imran Khan has been in the news for non-political reasons after getting hitched to Bushra Maneka a few months ago.

The couple has tried to avoid the limelight owing to the religious background of Imran's third wife, however, a few of their pictures have gone viral on social media.

Recently, a video believed to be of Imran Khan's third wife Bushra Maneka went viral in which Khan can be seen praying alongside his spouse. However, as it turns out, the video has been wrongly attributed to Bushra.

The woman in the video is actually Reham Khan, and the video was captured at a time when the couple performed Umrah in 2015.

PTI had earlier announced that Bushra Maneka would not be having any political role in the party, probably to avoid the media spotlight, though no such instruction was passed pertaining to Reham Khan, the former wife of the party chairman.