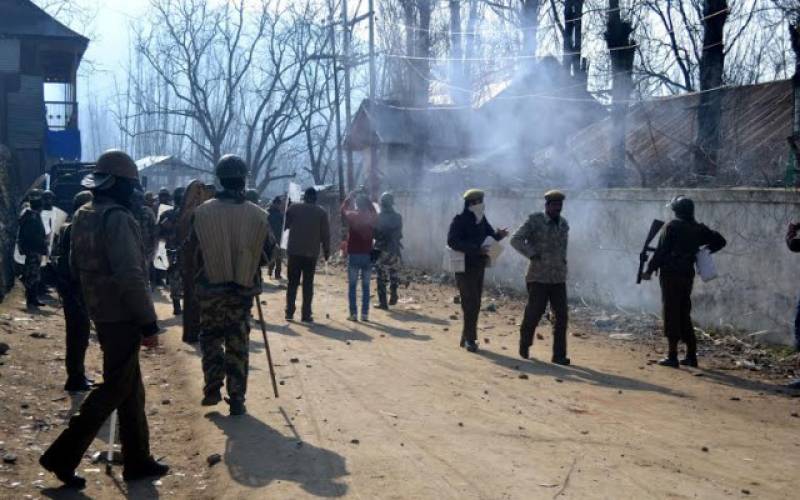 According to Kashmir Media Service, the troops killed the youth during a siege and search operation at Mir Mohallah in Hajin area of the district, media reports said. The operation continued till reports last came in. Earlier, one Indian policeman was killed and two others were injured in an attack in the same area.

Meanwhile, forceful demonstrations have erupted in Hajin against the operation and the killing of the youth.

People have taken to the streets raising high-pitched pro-freedom and anti-India slogans. Indian police and troops are using brute force and firing teargas shells to disperse the protesters.

Clashes between the demonstrators and the forces’ personnel are continuing. The situation in the area is tense.