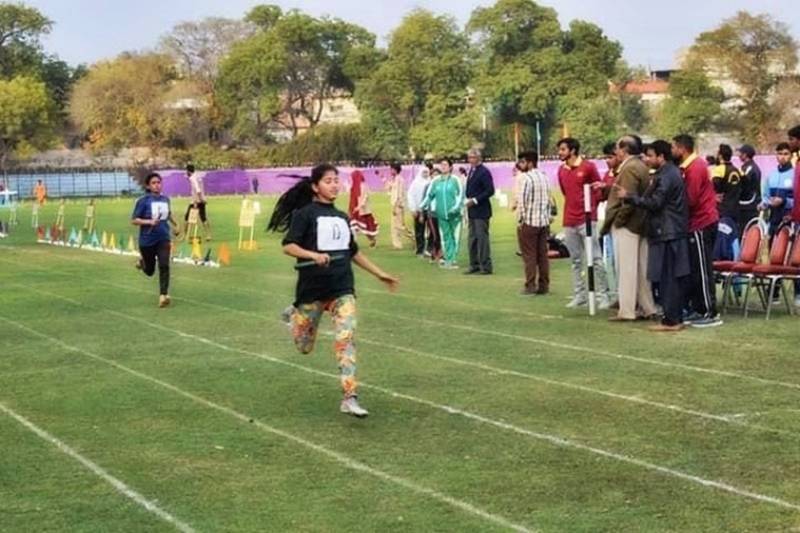 PESHAWAR - A total of 70 athletes – 37 males and 33 female athletes have been short-listed for the 21-day camp to be set up from October 1, 2019, for the forthcoming 33rd National Games scheduled in Peshawar from October 26 to November 1 here.

This was stated by the former international athlete and Chairman Selection Committee Bahre Karam while talking to media men here on Sunday.

Bahre Karam said that we have made registration of 580 athletes before trials and out of the total 580 70 athletes including 33 female were short-listed. All the three position holders of each of the event and six players each of the two relay races was short-listed for the 21-day camp. The final selection of the players would be made on October 21, 2019, he said.

Bahre Karam, who also headed the camp, to be set up at Qayyum Sports Complex, said that the names of the coaches would be announced on October 1, 2019. He said efforts have been taken by the President KP Athletic Association Habib Ur Rehman and President Pakistan Athletic Federation Maj. Gen (Retd) Akram Sahi for the promotion of athletics in KP.

Talking to media men during his visit, the Info Minister Shoukat Ali Yousafzai said that it is good to see such huge participation of both the female and male athletes in the trials for their selection for the forthcoming 33rd National Games.

Shoukat Ali Yousafzai said that the govt is striving hard to provide much update facilities to the sportsmen and sportswomen and want more and more participation of the youth in healthy sports activities. He said mega projects regarding up-gradation of the exiting sports facilities

About the condition of the Tartan Track, he expressed the hope that the event would be organized in befitting manners as work has been continued and by the time of the commencement of the 33rd National Games everything would be in perfect condition. The Minister also met with the athletes of other districts and assured them that the govt would take every step and would utilize all resources in ensuring good facilities to them.

He said KP is famous for producing top world-class players in different games and hopefully with the holding of the 33rd National Games it would provide more chances to the youngsters to come up at national and international levels.