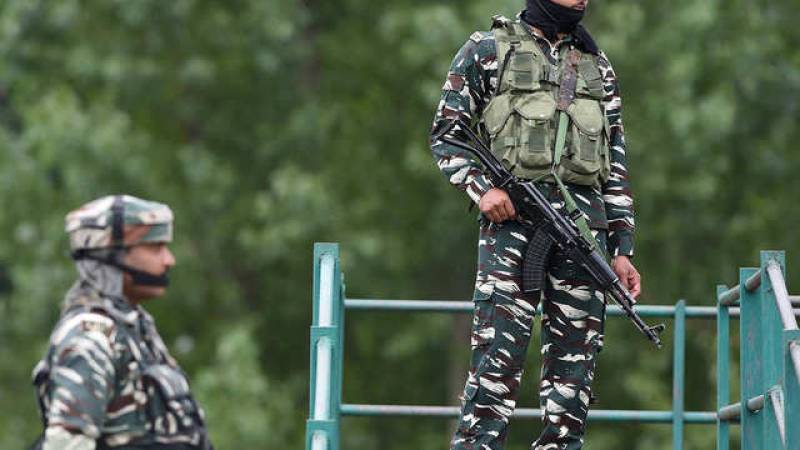 SRINAGAR – Indian troops in their fresh acts of state terrorism have killed seven Kashmiri youth in Ganderbal, Ramban and Shopian districts during past 48 hours.

Earlier, one Indian soldier was killed and another injured in an attack, blamed on local Kashmiri militants, in Batote. Later, the occupational forces launched security operations which continued till last reports came in.

One of the young men, Sajad Ahmad Malik, who was detained by Indian troops in Arwani area of Shopian district, died in custody.

On the other hand, the people of Jammu and Kashmir jubilated Saturday night the speech of Pakistan Prime Minister Imran Khan in the UN General Assembly, where he forcefully and effectively highlighted the sufferings of the Kashmiris due to continued lockdown and communication blackout in the territory. Despite heavy presence of Indian troops, people at many places came out of their homes and celebrated with firecrackers and dance as soon as Imran Khan’s speech ended. They raised high-pitched pro-Pakistan, pro-freedom and anti-India slogans.

Prime Minister Imran Khan resolved that the Pakistani nation would not sit back until Kashmiris are given their right ...

A retired government official, Abdul Majid, in a media interview in Srinagar said that he felt a solace in his heart when Prime Minister Imran Khan delivered the speech at the UN. Adil Ahmad, another resident, said, people now have a reason to continue their resistance as they feel Pakistan is willing to take a risk for Kashmir.

A statement issued by the Centre for Peace and Progress at the end of the discussion in New Delhi said that termination of the special status for Kashmir and the bifurcation of the territory has put the people under great political stress and opened chances of international intervention. Former chief of Indian spy agency, Research and Analysis Wing, A.S. Dulat said that he was skeptical about the chances of normalcy returning to the Kashmir Valley.

Former puppet Chief Minister of occupied Kashmir and Indian National Congress leader, Ghulam Nabi Azad, in an interview in New Delhi said that situation in occupied Kashmir was deplorable and a huge crisis was unfolding in the valley where the poor people had nothing to eat.

On the other hand, the occupation authorities have tightened restrictions in Srinagar, to prevent people from staging further protests.

Police vans fitted with speakers are making public announcements in Srinagar about movement restrictions, while additional troops have been deployed to prevent any protests.

According to officials and eyewitnesses, the troops also blocked access to the main business centre of Srinagar with razor wire.

Police recorded at least 15 late night protests and eight daytime incidents of stone-pelting in the past 48 hours in Srinagar and clashes with Indian forces. The forces used teargas shells to break up the protests.

Meanwhile, all shops, transport, internet and other channels of communication continue to remain suspended as Kashmiris are facing a crippling 56-day lockdown imposed by India.

Educational institutions also remained closed and public transport was off the roads on Sunday.

WASHINGTON - The United States (US) has urged India to immediately ease restrictions imposed in occupied Kashmir. In a ...