Lahore to host World Fashion Convention for the first time 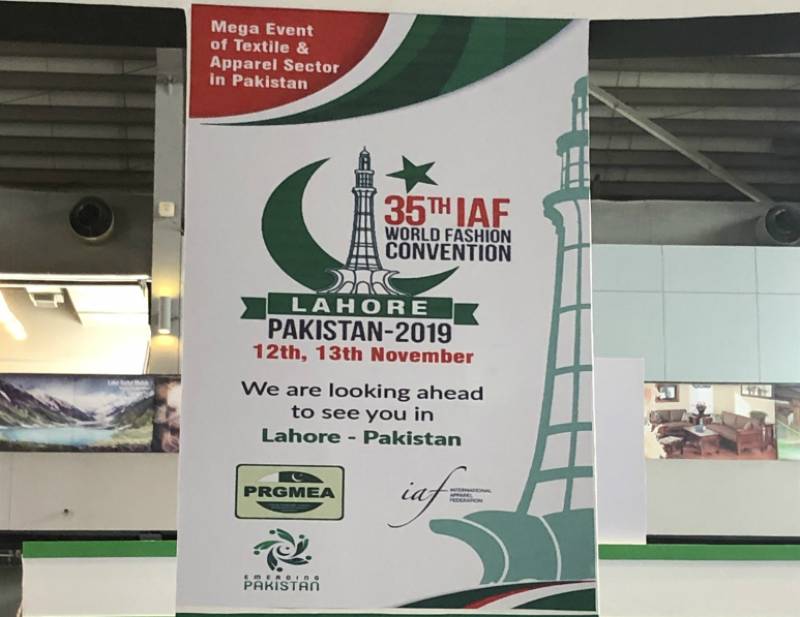 Talking to the media here Sunday, the IAF Regional President and PRGMEA Chief Coordinator Ijaz Khokhar said that mega fashion show expected to attract delegates from over 45 countries, as the PRGMEA was extending invitation to embassies of the leading countries.

Ijaz Khokhar said that the main focus was to highlight real and soft image of Pakistan, besides updating the participants about what Pakistan produced, and ensure interaction among Pakistani exporters and international textile chains.

The foreign delegates would also visit Pakistani garment and textile factories, and representatives of international designers and companies would also speak at the sessions of the convention.

He mentioned that delegates, many of whom would be visiting Pakistan for the first time, would review Pakistani products, and standard of our textile and garment companies.

He hoped the event would establish friendship and connections, exchanging of business cards and ideas, making individual relationships grow stronger with rest of the world and its people. Among this year's attendees will be Li & Fung Limited, the Hong Kong-based supply chain giant primarily for US and EU brands, departmental stores and hypermarkets.

He said that Li and Fung's chief operating officer would also be one of the speakers at the event along with several Chinese companies from Hong Kong joining the session. He termed the event as a large scale social networking opportunity for both foreigners and locals.

IAF Regional President also announced to hold Global Fashion Awards (GFA) 2019 during 35th World Fashion Convention, claiming that it would be the IAF-PRGMEA's largest sustainable fashion competition in Pakistan, aimed at educating young fashion designers about sustainable design techniques and theories, besides providing a platform in the spotlight for the aspiring designers.

The competition, he asserted, would challenge young designers to put their creative powers to the test by proving their ability to transform textile waste into wearable, appealing and commercially viable products.

The top ten finalists would be presenting their creations at Gala Dinner of the 35th World Fashion Convention on November 12, 2019