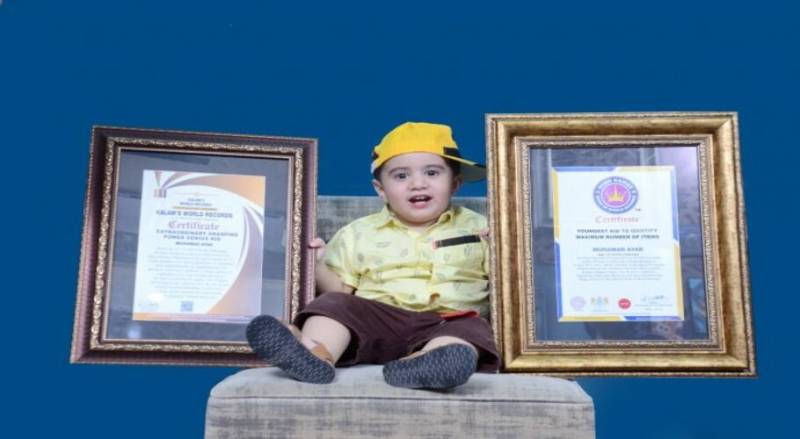 For the first time in the 75 years of Pakistan's history, an 18-month-old child has set a record-breaking trend in early education.

Ayad is surprisingly the only toddler who possesses knowledge of 18 topics, including flags, maps of the world, capitals, periodic tables, bones, planes, fighter jets, life cycles of animals, anatomy of human beings, tanks and car logos.

In India, people refer to Ayad as the "little Albert Einstein". A psychologist tested his IQ and it came out to be more than 150. Ayad is among the 2 percent of the world population who possess a photographic memory.

A 10-year-old YouTuber from Pakistan has become the first Pakistani to amass 10 million subscribers on YouTube. Not ...