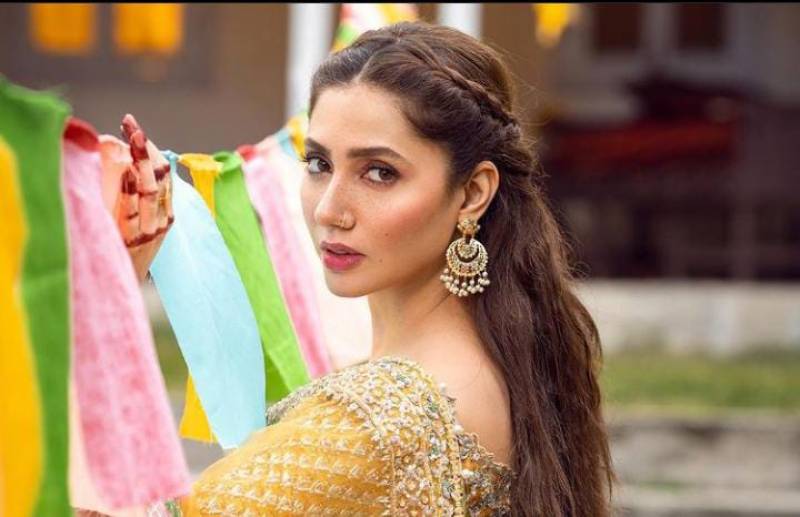 The queen of Lollywood Mahira Khan recently shared her aesthetically pleasing pictures from the Hum Awards 2022 that made the netizens go gaga over the Humsafar actress' extraordinary beauty.

The drool-worthy photos feature Khan sitting on a bench with a picturesque view while posing for the camera.

The stunning black ensemble designed by Pakistani designer Nomi Ansari accentuated the Sadqay Tumhare star's charisma and turned her into a black beauty.

The masterfully curated Ansari-designed couture dress had a lot of lavish sequin work and was partially sheer.

The Hum Kahan Ke Sachay Thay star was all glimmer as she donned the elaboratively embroidered and sequinned dress. Khan complemented the look with minimal accessories and tucked her hair back into a loose bun with a centre part.

The Superstar actress was among the best-dressed divas who were in attendance at the star-studded Hum TV Awards Show in Canada.

On the work front, Khan is gearing up for the release of The Legend of Maula Jatt, while her film Neelofar is in the pipeline. Khan appeared on the small screen in Hum Kahan Ke Sachay Thay and Main Manto.