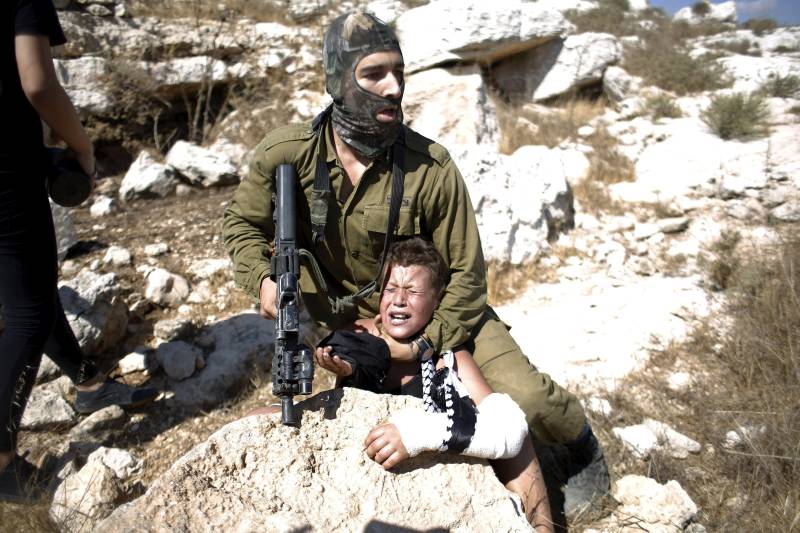 West Bank (Web Desk) - An Israeli soldier who attempted to detain a 12-year-old boy wearing a cast during clashes in the West Bank was stopped from doing so by a young Palestinian girl who beat up the soldier and bite him for arresting her brother.

Israeli newspaper Haaretz reported that the soldier was lightly wounded in the incident which happened in the village of Nabi Saleh.

The photos and video of this incident has gone viral on internet.

The incident was caught on camera by news agencies and video footage was also uploaded on to Facebook by activists.

According to the IDF, the boy involved was throwing stones at the soldiers, who claim they did not realise he was a child when they decided to detain him.

The commanding officer in the area decided to release the boy after the incident.

AN Israeli army spokesman said: “The youth who was photographed was identified by the lookout force as a stone-thrower, and because of this it was decided to detain him.”

At the time of the arrest, a violent provocation by a number of Palestinians developed, including women and children. In light of the violent altercation, the commander decided to not to go ahead with the detention.