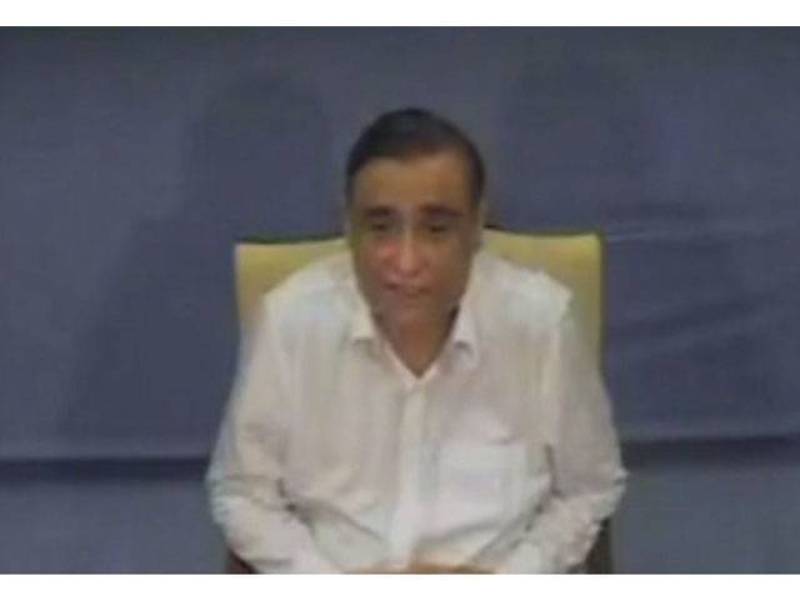 ISLAMABAD (News Desk) - The sub-committee of the National Assembly Standing Committee on Information, Broadcasting and National Heritagehas asked the Sindh Government to submit a detailed report, before its next meeting on September 26, in whose custody PPP leader Dr Asim Hussain was at the time his leaked video was made.

The sub-committee met here with its convener Imran Leghari of the PPP in the chair and was attended by Tallal Chaudhry. The panel expressed displeasure over the absence of Federal Secretary Interior in the meeting.

DIG Karachi East Police Dr Kamran told the meeting that the two investigation officers of the Sindh Police had given statements on oath that they did not record any video of Dr Asim during his 16-day custody.

Dr Kamran also said that his department had written a letter to Rangers and National Accountability Bureau to inform, if they had recorded any video statement of the accused, while he was in their custody, but so far no reply had been given.

He also said that the police had also filed an application in the court seeking an interview with Dr Asim to ascertain who made the leaked video.

Talal Chaudhry said that the police was asked to inform the committee if the video recording of the accused was legal requirement or the videos were made illegally.

He said that the police should present the interim report, before the report was finalised.

Imran Zafar Leghari said that the committee would write letters to NAB and Rangers for cooperation with Sindh Police in that case, otherwise the committee would take action under the rules of procedures. He also said that if the Interior secretary failed to appear at the next meeting, action would be taken against him.

Chairman PEMRA Absar Alam said that the Pakistan Broadcasters Association had no objection over the code of conduct, difference of opinion was only on implementation mechanism.

Talal Chaudhry said that the government did not want to impose any restriction on the freedom of expression, but it seemed that the owners of media houses were not interested in implementation of the code of conduct and the responsibilities related to their employees.