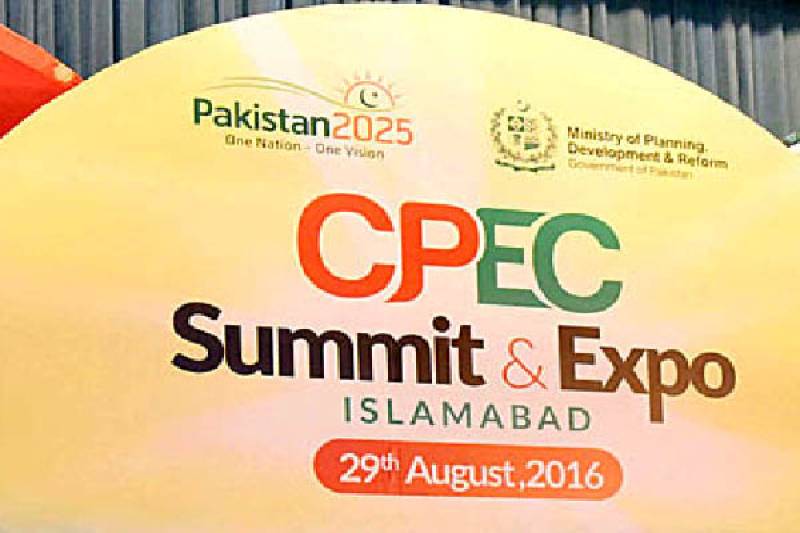 The Summit and Expo was hosted by the Ministry of Planning, Development and Reform with an aim to highlight the bilateral trade and investment opportunities existing in different sectors of the two economies under the multi-billion dollar projects.

The summit was also aiming at to mark the third anniversary of Joint Coordination Committee meeting and decision on CPEC and to enhance business to business contacts.

In CPEC moot, about 27 Chinese leading companies operating in energy generation, construction, road and bridge construction had also established their desks to appraise the local businesses about the areas of mutual co-operations.

Leading local businessmen and investors also attended the summit, whereas boards of investment of four provinces also established their desks to appraise the Chines investors about the trade and investment opportunities existing in their respective provinces.

Talking to APP, Representative of Zonenergy Limited, Tommy said that his company was working on the construction of 900 MW solar energy plant.

He informed that the company was operating in solar energy generation and it had generated about 300 MW solar energy which was included in the national transmission system.

He said that pro-business policies of the current government had encouraged the investors to invest in different sectors of economy adding that more companies were coming in to invest in Pakistan as the CPEC project has opened huge investment opportunities.

Meanwhile, officials of the China Road and Bridge Corporation informed the APP that the company was working on widening and improvement of the Korakaram Highway from Khunjrab to Roykot.