Reference against Sharif family will be filed within due time: NAB 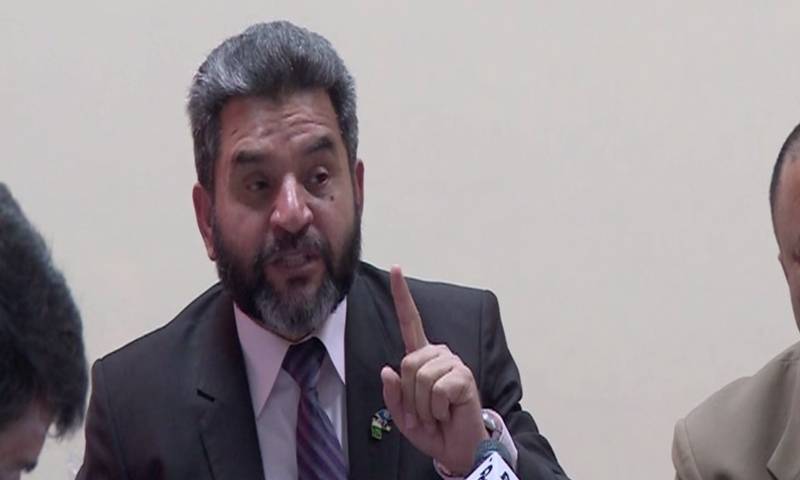 ISLAMABAD - The Director General Operations National Accountability Bureau (NAB) Zahir Shah said on Wednesday, while addressing a press conference, that the reference against the Sharif family will be filed within due time.

The stance of all the institutions in the Panama case has been recorded, he said and added that the statements of Sharif family members are present with the Joint Investigation Team (JIT), which was formed to probe former Nawaz Sharif's assets.

On July 28, the Supreme Court had ordered NAB to file a reference against Sharif family and Finance Minister Ishaq Dar within six weeks. The NAB had prepared to file the reference and even recorded the statement of Wajid Zia, head of JIT, after a court order.

However, the former prime minister and Ishaq Dar failed to appear before NAB after they were summoned. Instead, the two politicians had sent a letter to the bureau, through their legal counsel, stating that they will not appear until a verdict on the review petitions, filed in the SC against Panamagate, is announced.

Shah also claimed that it is not within the organisation’s jurisdiction to put anybody’s name on the Exit Control List (ECL). On Dr Asim’s case, he explained that the SC rejected NAB’s appeal and Dr Asim was given permission to travel abroad.

He added that a reference against former president Asif Ali Zardari was filed by the accountability bureau in 1998. Unfortunately, this record did not become part of the investigation against Zardari, he added.

During the press conference, NAB Deputy Chairman Imtiaz Tajwar remarked that working against one politician is hard as the politician then openly bad mouths the institution.

“NAB is working to the best of its abilities,” said Tajwar, adding “we listen to criticism against us and work towards improving ourselves.”

Many of our officers are being threatened yet we are determined in our mission, added Tajwar.