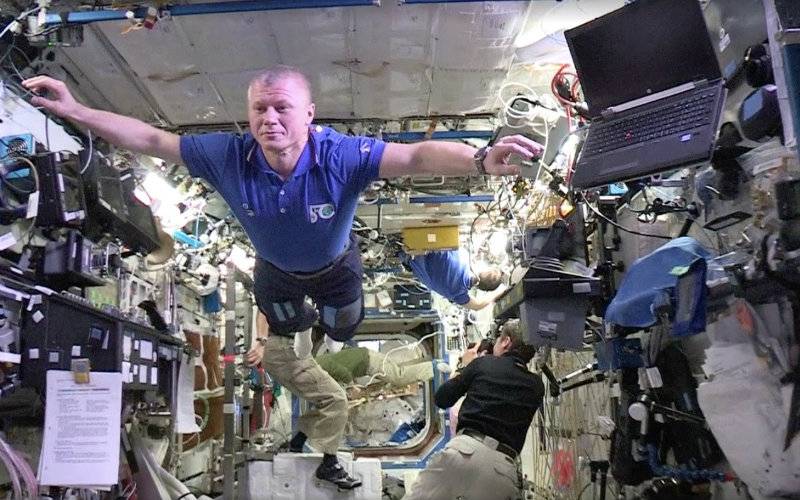 WASHINGTON, D.C. - The Mannequin Challenge had school kids, athletes, and presidential candidates posing like mannequins for the camera - and now it's gone to space.

The crew members of the International Space Station performed a gravity-defying version of the viral craze on Friday.

French astronaut Thomas Pesquet shared this video of the entire human population in orbit doing the “mannequin challenge,” which likely qualifies as the most expensive on record.

We got the whole crew together and took the #MannequinChallenge to new heights #Proxima pic.twitter.com/vlOglQ3lEh

Even the Russians participated.

At least four people on the satellite, which orbits more than 200 miles above Earth, are seen holding positions while floating in the air.

The first version of the challenge was posted on October 27.

In the original 45-second video, a classroom of students stayed perfectly still (hence the mannequin part) while someone with a camera weaved in and out between the people posing.

After a few days more and more adults joined the fun and then it went viral.