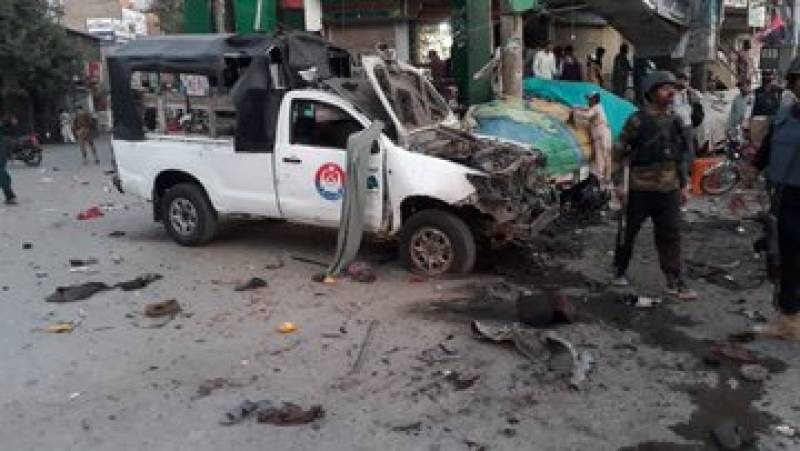 QUETTA - At least four people were left dead in an explosion near Bacha Khan Chowk in Quetta’s Liaquat Bazar on Tuesday.

Initial reports say the bomb went off outside a police station which left 32 injured as well; the dead and injured have been shifted to the Civil Hospital in the city.

The identities of the dead, as well as the inured, have been revealed; Jamal Din, Sharafud Din, Ali Shah and Ain Ullah were among the deceased.

Police were apparently the target of the blast and policemen are among those injured.

The blast was so intense that it shattered the glass windows of nearby shopping malls and shops and its sound was heard far and wide, stirring panic among the people.

Security officials have cordoned off the site of the blast and investigations have been launched.

So far, noone has claimed responsibility for the attack.