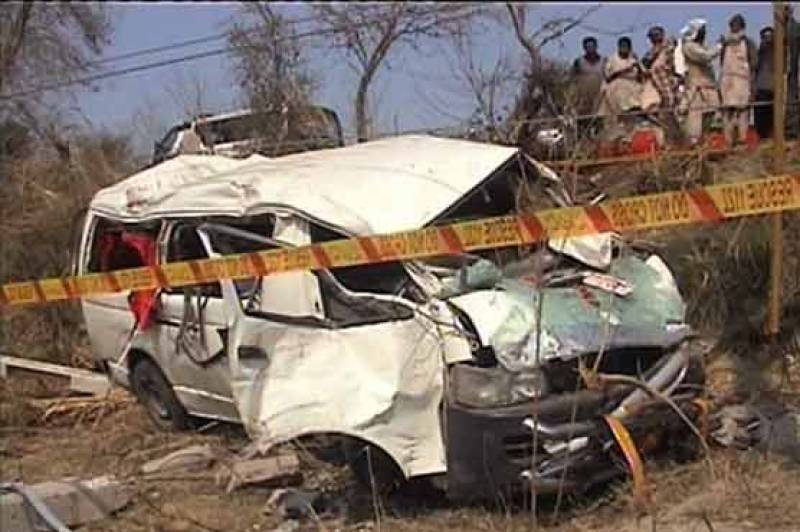 Mirpur – At least three of the passengers were killed while a number of other sustained injuries when a van fell off a bridge in Azad Kashmir’s Mirpur in an early hour on Sunday.

As per the details, the accident occurred near Islamgarh area of Mirpur where the van driver lost control and it fell off a bridge into a 36 kilometres deep ditch.

Police and rescue officials reached at the site after getting informed. The injured persons and bodies of the deceased shifted to a nearby hospital.