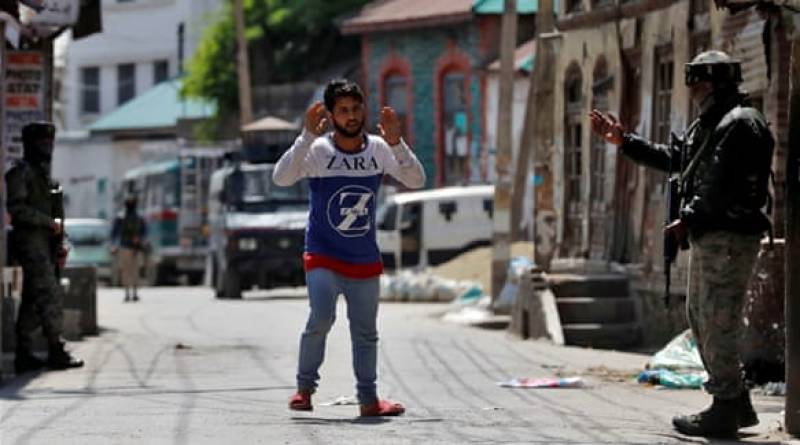 MIRPUR – Kashmiris the world over including AJK population will observe the first anniversary of the bleak day of August 05, 2019 as “Youm-e-Estehsaal” (or "Day of Exploitation") – to be followed by Black Day on 5th of August to register extreme protest against the Indian sinister act of revocation of special status of the internationally-acknowledged disputed state of Indian occupied Jammu & Kashmir last year.

A high level meeting was held in the AJK city of Mirpur late yesterday with the AJK Prime Minister Raja Muhanmmad Farooq Haider Khan in the chair gave final touches to the arrangements for observance of “Youm-e-Estehsaal” day on 5th of August across the State.

Speaking on the occasion, Raja Haider Khan said that people living on the both sides of the line of control, Pakistan and across the world will observe the “Youm-e-Estehsaal” on 5th of August to invite the attention of the civilized nations towards continued human rights violations and illegal occupation of India over the held territory. He said Prime Minister of Pakistan will visit Muzaffarabad on 5th of august and will lead a protest procession.

The chairman of Senate, federal ministers, women parliamentarians and provincial parliamentary delegations would also visit Muzaffarabad from Wednesday to 5th of next month and will visit various refugee camps aimed at expressing complete solidarity with them. He said that he has already invited all the political heads of Pakistan and Azad Kashmir to participate in the protest procession to collectively condemn the Indian repressions and illegal unilateral action evoking article 370 and 35A.

He said India under a systematic conspiracy is bent upon to change the demography of the state and has now started settling non state subjects in occupied territory. He said Kashmiri on this day will draw the attention of the world community towards continued flagrant human rights violations and Indian persistent denial to grant the Kashmiris their fundamental right to self determination.

"India with the use of military force will not be able to crush the freedom struggle of Kashmiri people and they will continue their struggle for the achievement of their inalienable right to self determination," he added.