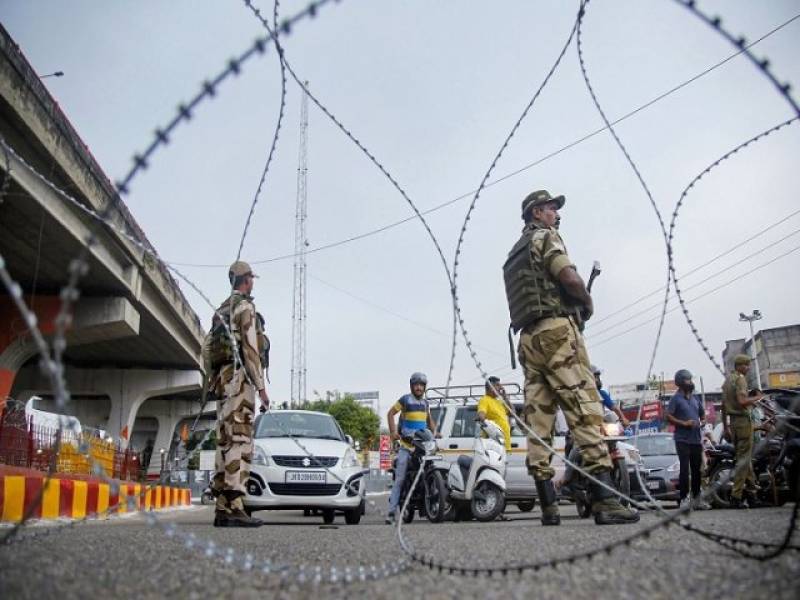 NEW DELHI – The Rajya Sabha or Council of States is the upper house of the bicameral Indian parliament on Monday passed the “Jammu and Kashmir Reorganisation Bill” that seeks to scrap Article 370 and Article 35A in Jammu and Kashmir, while also bifurcating the state into union territories of Occupied Jammu and Kashmir and Ladakh in clear violation of the UN resolutions on the Held region.

The Bill was passed by the upper house through a voice vote, with 125 being in favour and 61 against it and there was also one abstention, the Times of India reported. It will now be discussed in the Lok Sabha on Tuesday.

The move has sparked possibilities of massive protests across the world and fears of violence in the Muslim-majority Himalayan region where Kashmiri fighters and many residents have fought for the region's independence or to join Pakistan.

On Monday, the Upper House also passed the Jammu and Kashmir Reservation (Second Amendment) Bill. It seeks to extend the 10 percent quota to economically weaker sections to the state which has special constitutional provisions.

Addressing the members of Rajya Sabha, Amit Shah said, “Repealing Article 370 is the only way out to resolve the crisis and deadlock in Kashmir. It will take some time, but this is the only way."

He told the house that no legal scrutiny could nullify or dilute the efficacy of the Bill, adding that it was imperative for Article 370 to be abrogated in order to eradicate “terrorism” from the region.

As Shah was reading his statements, sentiments ran high in the house. The opposition was shouting, a copy of the Indian constitution was torn and the opposition even went on to sit in the well of the house. PDP's RajyaSabha MPs Nazir Ahmad Laway was the one who tore a copy of constitution and was marshalled out along with party MP MM Fayaz.

Another member unbuttoned his shirt and sloganeering continued to protest the introduction of resolution to abrogate Article 370 and reorganisation of the Occupied Jammu and Kashmir.

The opposition lashed out at the Centre, led by the Bharatiya Janata Party (BJP), for “murdering the Constitution”.

Senior Congress Member of Parliament (MP), P. Chidambaram said, “Momentarily you think you’ve scored a victory. Our foremost duty is to protect rights of states and the people of those states. I genuinely fear you are pushing thousands of young men from this column to join the other column of a few hundred. If it happens you will rue this day when you repealed article 370."

Leader of the Opposition Ghulam Nabi Azad hit out at the Centre saying, “Today BJP has murdered the constitution as well as democracy through the scrapping of Article 370. The very article that gave special status to J&K and linked it to the country, has today been done away with mercilessly."

The entire development comes in the backdrop of the house arrest of the three Jammu & Kashmir’s most prominent politicians — Mehbooba Mufti, Omar Abdullah and Sajad Lone -- late on Sunday night amid a massive security build-up in the state. Internet services and mobile services were suspended in several places and all public gatherings were banned in Srinagar district as Section 144 was imposed from midnight.

Former chief minister Mufti said, “What did J&K get for acceding to India? Another partition along communal lines? Our special status isn’t a gift bestowed upon us. It’s a right guaranteed by the same Parliament. A contract entered into by J&K leadership and India. Today the very same contract has been violated."

The abrogation of Article 370 hasn’t just made accession null & void but also reduces India to an occupation force in Jammu and Kashmir. https://t.co/PS6JxYhSaI

Violence will only play in to the hands of those who do not have the best interests of the state in mind. This wasn’t the India J&K acceded to but I’m not quite ready to give up hope yet. Let calm heads prevail. God be with you all.

Leader of India's leading Communist party Politburo Kavita Krishnan termed the order as a "coup" in a tweet and called for a protest in New Delhi.

Presidential Order on J&K is Modi Govt coup against Constitution. Demonetisation was no solution to black money - this coup is no solution for Kashmir. Emergency's midnight knock has reached Kashmir - will soon reach the whole of India. Joint protest at 3 pm, Jantar Mantar today

"Presidential order on is Modi govt coup against constitution. Demonetisation was no solution to black money — this coup is no solution for Kashmir. Emergency's midnight knock has reached Kashmir — will soon reach the whole of India. Joint protest at 3pm, Jantar Mantar today."