PM Modi wants to see Amitabh Bachchan as next President of India? 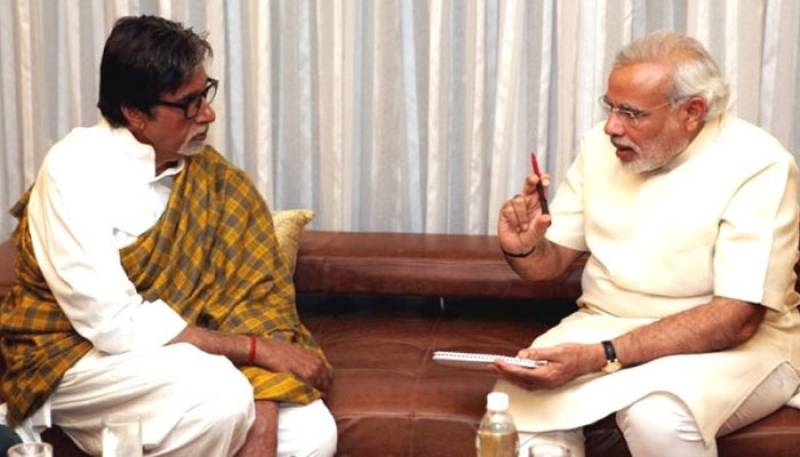 NEW DELHI (Web Desk) - India Prime Minister Narendra Modi is planning to propose the name of Bollywood superstar Amitabh Bachchan's for the next president, a senior politician said on Wednesday.

"I was the one who introduced Amitabh Bachchan to Narendra Modi (when he was Gujarat CM) in connection with 'Paa' movie," Amar said.

"After Modi-Bachchan's meeting for 'Paa', Narendra Modi has asked Amitabh Bachchan to become brand ambassdoor of Gujarat," he claimed in the interview.

Pranab Mukherjee assumed office as the 13th President of India on July 25, 2012.