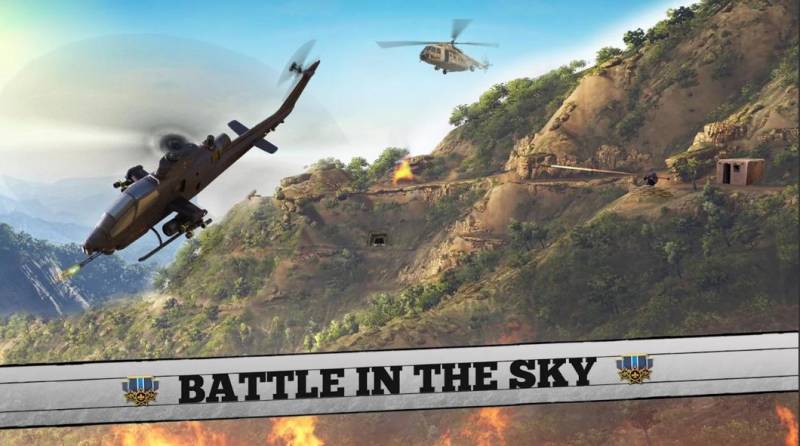 RAWALPINDI - Pak Army's media wing on Saturday launched a game for smartphone users to have a hands-on experience of how the soldiers of the force fight in the battleground.

The Glorious Resolve – Journey To Peace shows a 3D army adventure shooter who makes its players a part of an elite military force fighting on the frontline, donning the uniforms of Pakistan Army.

The players will not only get to use military weapons but also counter the hostile takeover of the region to get a chance to visualize how the valiant troops took back the territories from militants, especially in the north of the country.

Maj Gen Asif Ghafoor, the Director General of Inter-Services Public Relations, through his personal account shared the game which brings together the army, air force, navy, and other law enforcement agencies as they battle terrorism using expertise and adequate weapons across different parts of the country.

How your soldiers fight? Experience it for yourselves ....
Glorious Resolve 🇵🇰https://t.co/KS6Lu1jqzVhttps://t.co/1FuIa5XqZd pic.twitter.com/zWny9agZPX

“Get ready to take on the challenge and jump into an action adventure that will take you behind enemy lines into the fiercest battlefield of the century,” says the description of the game on PlayStore.

RAWALPINDI - Pakistan Army has launched a mobile video game which will be available to users on Android platforms, the ...

The game - available on both iOS and Android devices - also features UAV drones, guns, shotguns, rifles, intelligence-based operations and much more for the fans of battle royale games to forget the most popular PUBG.

The top players will make it to the online leader board by scoring the highest score.