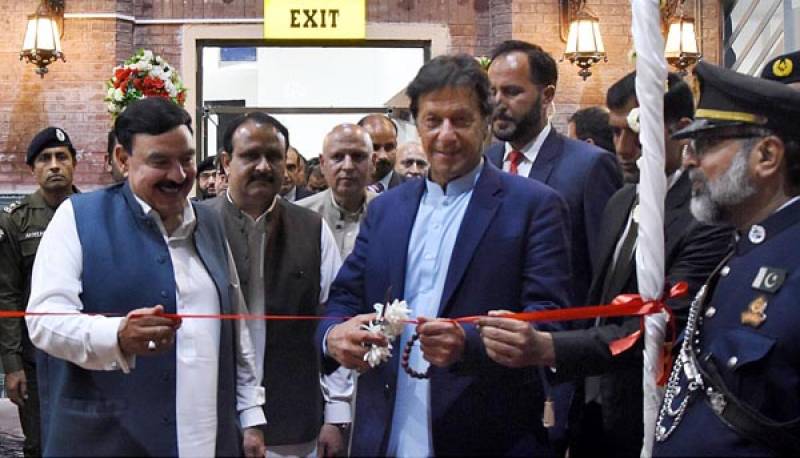 LAHORE - Prime Minister Imran Khan expressed on Saturday that the rail tracks were required to be increased for reducing pressure on roads as he inaugurated the Jinnah Express train at the Lahore Railway station.

Addressing the ceremony, the premier said, a common man uses the train for mobility adding that China was a leading country in terms of train technology and its help would be sought in this regard.

Pakistan had a great tourism potential and it was essential to develop trains to promote tourism in the country, he said.

While responding to Railways Minister Sheikh Rashid’s request for issuance of health cards for railway labourers, the premier said, unfortunately, his predecessors considered themselves kings in the past and doled out funds.

“Being a responsible prime minister of a democratic government, I will not make any announcement before discussing it with the federal finance minister,” the PM added.

The premier said that Main-Line 1 project would bring about a revolution in railways besides facilitating the people. He expressed that the ministry of petroleum would be directed to use trains for freight. 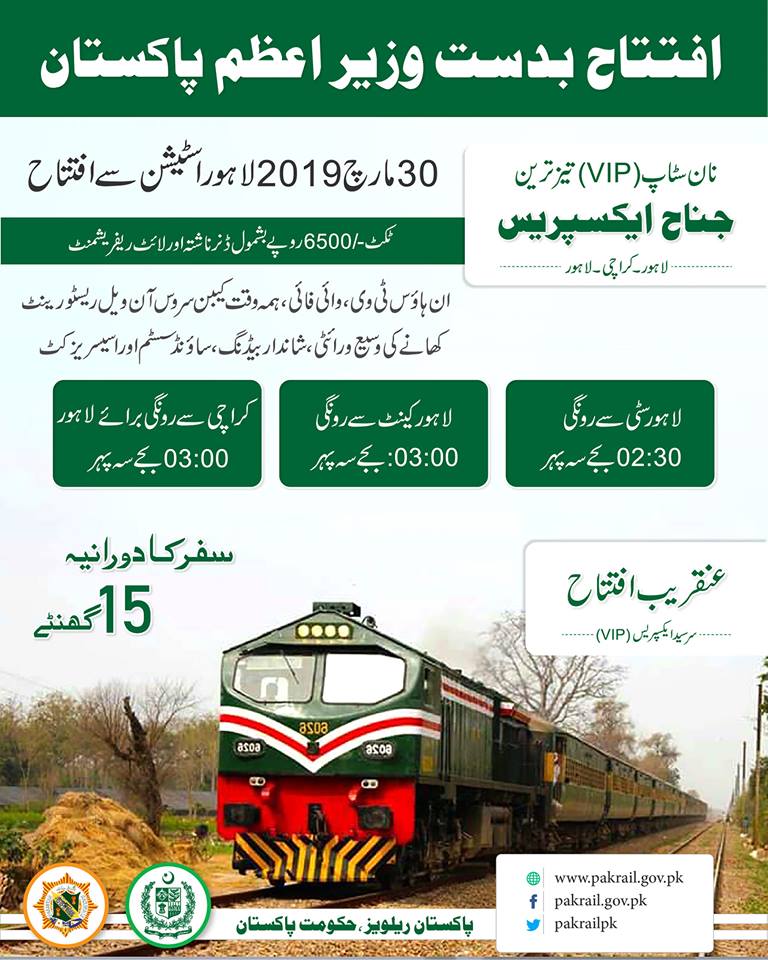 provide all possible support to upgrade its system," he said.

Through the Jinnah Express (VIP service) passengers would be able to reach Karachi from Lahore in 15 hours.