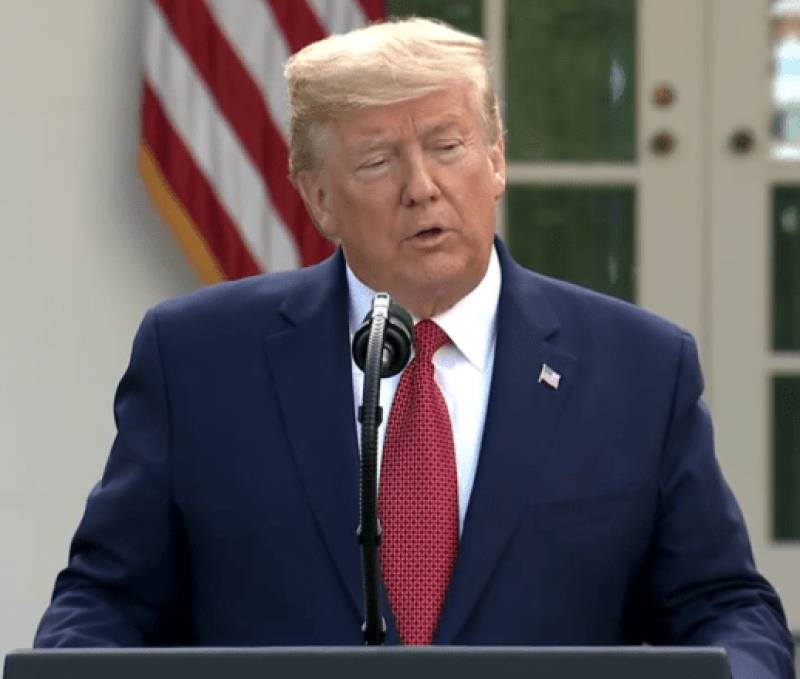 NEW YORK - US President Donald Trump has extended the national social-distancing guidelines aimed at fighting the coronavirus pandemic to April 30, walking back from his previous remarks that he wanted the country to reopen for business by April 12 — the Easter Sunday.

“Nothing would be worse than declaring victory before the victory has been won,” Trump told a White House press briefing in Washington on Sunday evening which was broadcast live.

The U.S. death total has doubled in two days. Dr. Anthony Fauci, the official who has been a leading voice in the effort to curb the outbreak, said 100,000 to 200,000 Americans could die before the crisis is over.

The advisory does not apply to employees of critical infrastructure industries such as trucking, public health professionals, financial services and food supply.

The U.S. counted more than 142,000 cases of coronavirus by Sunday evening, the world’s highest total, and there were 2,493 deaths, according to the Johns Hopkins University data dashboard. More confirmations are expected as the U.S. continues to ramp up testing.

The social distancing guidelines were put in place March 16 with an initial time frame of 15 days, but Trump tacitly acknowledged Sunday that wasn’t long enough.

“The peak in death rate is likely to hit in two weeks,” Trump said at the briefing.

The announcement comes after Trump said last week he hoped to open up the country by Easter, which this year falls on April 12. He said that would be a “beautiful” time to ease up on restrictions geared toward slowing spread of the virus, but that have hurt the economy.

Trump said Sunday the White House task force would be sharing further data and finalized plans Tuesday, and that he expects by June 1, “we will be well on our way to recovery.”

Millions of Americans will be infected by the coronavirus before the crisis is over and 100,000 to 200,000 could die, Dr. Fauci said Sunday. Fauci, director of the National Institute of Allergy and Infectious Diseases, said on CNN’s State of the Union that computer models generally overestimate the final numbers, but that “we are going to have millions of cases.”

Fauci sought to clarify his earlier remarks at the afternoon briefing, saying the numbers he provided were based on models examining the impact of the disease. However, he pointed out the possibility of 100,000 to 200,000 deaths hinged on limited measures being taken to reduce the spread of the disease.

“It’s possible. … What we’re trying to do is not let that happen.” Fauci said. “So instead concentrating on the upper and the lower (estimates), we’re saying we’re trying to push it all the way down.

“We feel that the mitigation that we are doing is having an effect. It’s very difficult to quantitate it because you have two dynamics things going on at the same time. You have the virus going up and the mitigation trying to push it down.”

As the number of coronavirus-related deaths in New York state gets closer to 1,000, Governor Andrew Cuomo is trying to prepare residents for the bleak reality that the figure could represent a small fraction of what’s ahead.

Cuomo said the latest total of deaths — 965 people as of Sunday, up 237 deaths in one day — combined with the rising number of positive cases will likely lead to a significant increase in casualties.

The majority of the deaths, 678 of them, were in New York City. Cuomo warned that while the city is the most acute problem, the death toll will grow in the coming weeks across the state and the nation, calling it a “rolling apex.”

Metro areas across the nation must assume they “could have an outbreak equivalent to New York and do everything right now to prevent it,” White House coronavirus response coordinator Dr. Deborah Birx said. Birx called on local officials to “know where every piece of equipment is.”

“Mitigate it now, before they start seeing cases in the emergency room and in the hospital. Once you see those, the virus has been spreading days to weeks,” Birx said on NBC’s Meet the Press. “This is my call on every mayor to prepare now.”

New York City has become the epicenter of the U.S. spread of the coronavirus.

One healthcare expert warns that “New York is not an outlier” and the virus is on track to hit “every city in America.”

Meanwhile, the Trump administration is airlifting medical supplies from Asia and other parts of the world to areas of the United States hardest hit by the coronavirus, the White House said. A flight from Shanghai carrying more than 10 million surgical gloves, 130,000 N-95 masks and other equipment landed Sunday at John F. Kennedy International Airport in New York. It was the first of what is expected to be about 20 flights over several weeks.

White House senior adviser Jared Kushner said in a statement that the flights would bring “massive amounts of masks” and other gear to “better equip our health care workers on the front lines.” The effort comes as state and local officials say hospitals are running short of medical equipment needed by front-line health workers dealing with the pandemic.