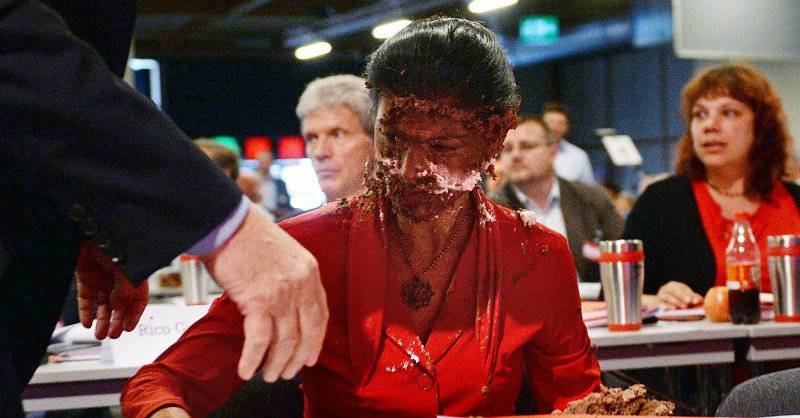 BERLIN (Web Desk) - A German MP had a cake shoved in her face during a party meeting in an apparent protest against her position disallowing most refugees entry into Germany.

A group calling itself "Anti-Fascist Initiative 'Cake for Misanthropists'" distributed flyers pointing to Wagenknecht's refugee comments as the motive.

The opposition leader has highlighted limits to Germany's ability to take in migrants, saying that "not all refugees can come to Germany." This has put her at odds with others in her party. 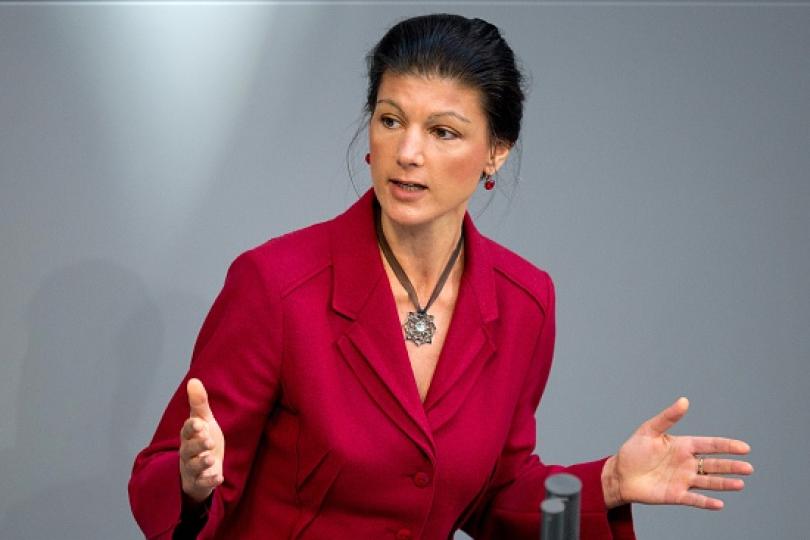 The cake attack was supplemented by other protesters throwing leaflets all over the place. A security detail took party members away, while Wagenknecht was quickly surrounded by fellow party members, who covered her with their jackets in front of the cameras and escorted the MP out of the hall.

"This is an assault not only on Sahra, but an assault on us all," Die Linke's party chief Katja Kipping told the convention shortly after the cake attack.

Earlier in January, Wagenknecht sparked criticism within her own party after she said that there are "limits to Germany's capacity" to take refugees. "We can't take one million or more refugees each year," she said.

The top party leader argued that migrants misuse their rights under what she called the "guest law."

The Left Party is the biggest opposition group in the German Parliament but has seen its support slip as the nationalist Alternative for Germany party woos protest voters.