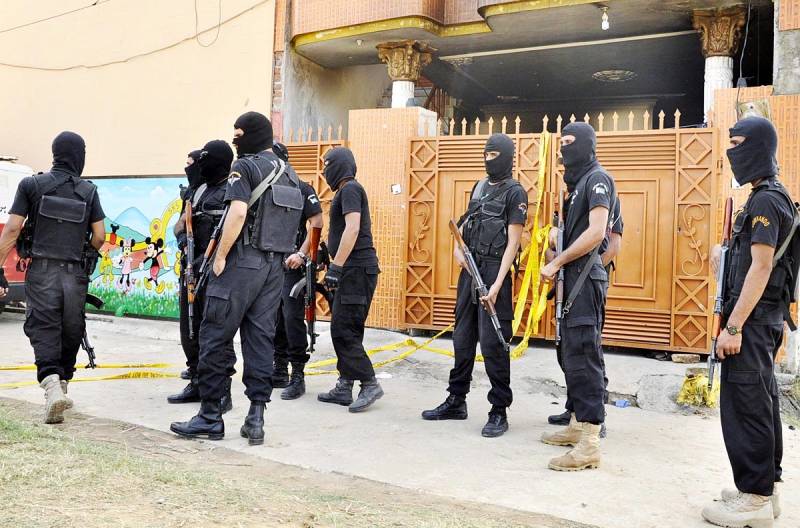 DERA GHAZI KHAN (Online) - Four terrorists have been killed in an encounter with officials of Counter Terrorism Department in Dera Ghazi Khan.

On Monday morning, a raid was conducted on a house at Wadoor Road in DG Khan city where armed men opened fire at police.

All the four terrorists killed in the encounter were members of Al-Qaeda, the police officials told Online.