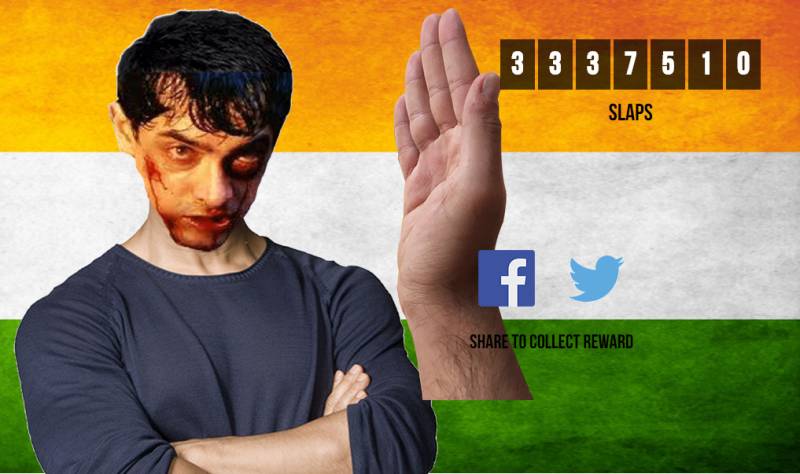 To add fuel to fire, Indian extremist outfit Shiv Sena has also announced Rs 1 lakh to anyone who slaps Aamir.

A couple of students from the Miami Ad School have created a website where you can virtually slap Aamir.

The site has been named 'Slapaamir.com'. On the site, a hand pops out, allowing users to slap an image of the actor and his face undergoes changes after every slap.

The website has been heavily criticized on social media.

However, makers of the website have added a disclaimer saying, "Slapaamir.com is for humour and creative purposes only and does not represent any political views of the people involved. Please be tolerant of our humour."