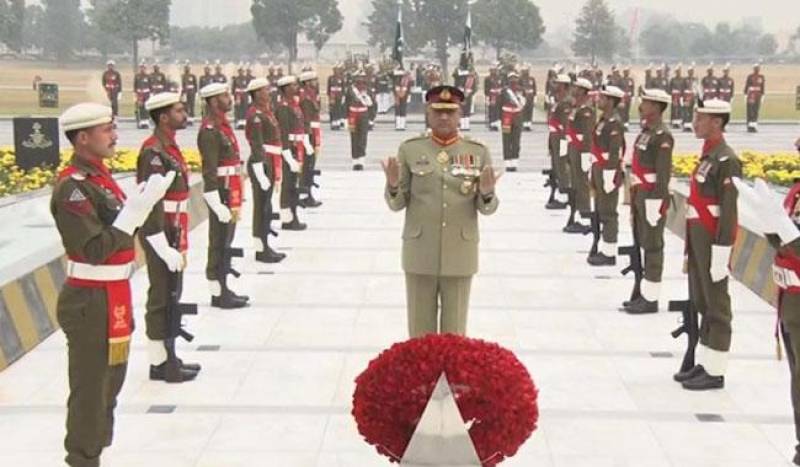 RAWALPINDI - Chief of Army Staff Gen. Qamar Javed Bajwa was presented with a guard of honour as he arrived at the General Headquarters (GHQ) for the first time after assuming command on Wednesday.

Upon arriving at the General Headquarters, Gen. Qamar Javed Bajwa was presented with a guard of honour by a smart contingent of Pakistan Army to formally welcome him to his new office.

Gen Qamar Javed Bajwa witnessed the parade. He also laid a floral wreath at the Yadgar-e-Shuhuda and offered fateha for the martyred.

After assuming command of Pakistan Army, Gen. Bajwa stated that the situation across the Line of Control would return to normal.