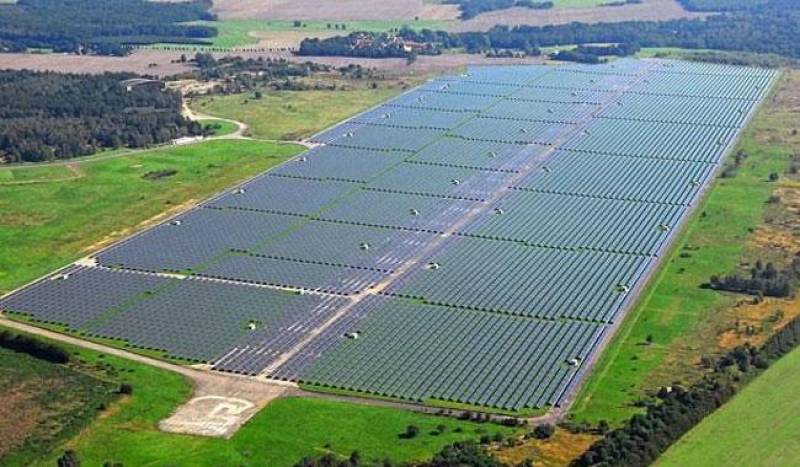 Pakistan has also enacted National Energy Efficiency and Conservation Act 2016 to promote effective conservation and efficient use of energy, he said while addressing a press conference.

The minister led a Pakistani delegation to participate in COP22 Conference held in Morocco which provided an opportunity to signify achievements made in addressing climate change.

He said the world community was informed that Pakistan’s contribution to global warming is minimal, adding, “We emit less than 1 % of total annual global greenhouse gas emissions. Yet we are ranked amongst the top ten countries most vulnerable to climate change.”

He added that millions of people are affected and colossal damage is caused on the recurring basis.

“These threats pose major survival concerns for Pakistan, particularly in relation to country’s water security, food security and energy security. They also have enormous adverse consequences for all socio-economic sectors, impeding our ability to promote sustainable growth and development and economic prosperity of our people,” the minister highlighted.

“We also informed the world that Pakistan, being a responsible member of the global community, has taken substantial steps especially during 2016 despite these challenges. It will also enable us to contribute to global mitigation efforts against climate change and keep the temperature rise below 2-degrees Celsius,” Zahid Hamid said.

The minister added that these included ratification of Paris Agreement and approval of Pakistan Climate Change Act-2016 by the cabinet for presentation in Parliament.

He said the launch of Prime Minister’s Green Pakistan Programme, which is to be implemented all over the country to the tune of Rs 2 billion, is also part of the measures.

“Finalisation and submission of Pakistan INDCs to UNFCCC Secretariat will serve as our climate change agenda, taking into account the latest situation relating to our development needs and strategies,” the minister said.

That includes updated projections of greenhouse gases emissions and national ambition to reduce these emissions, along with associated financial and technical implications, he said.

The minister said Pakistan has developed a National Sustainable Development Strategy and has become perhaps the first ever country whose National Assembly passed a unanimous resolution adopting the SDGs Agenda as its own national development agenda.

Pakistan Parliament is also the first parliament in the world to become completely ‘’green” by converting 100% to solar energy.

Zahid Hamid also briefed about his engagements during COP-22 and highlighted side events attended by him during the conference.

Answering a question, he said, “We included in delegation those NGOs which were registered with UNFCCC.”

While replying to a question about cutting of trees in Islamabad, he said that the mayor of Islamabad has signed Green Charter to protect and conserve trees in the capital.-APP