Seven Indian soldiers killed in attack on army base near Jammu 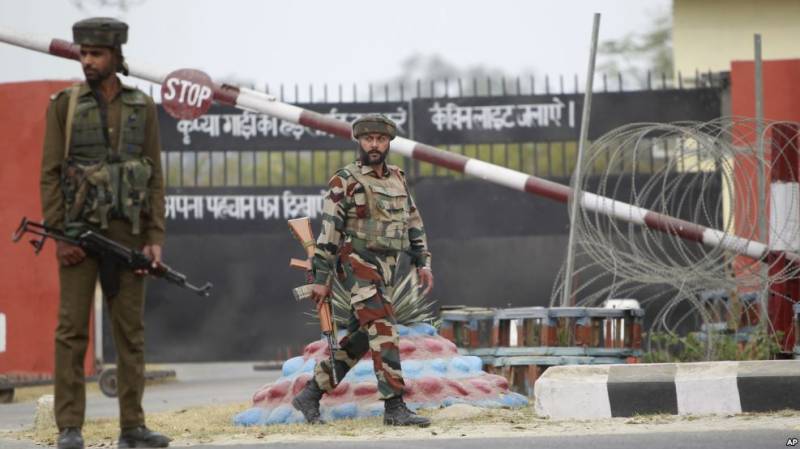 SRINAGAR -At least seven Indian security personnel were killed after gunmen disguised as policemen stormed a major army base near the city of Jammu on Tuesday.

The assailants also took hostages in the boldest assault on a military installation in Indian Occupied Kashmir.

The Indian army casualties included five soldiers and two officers. One of the dead soldiers was a major while the rank of another officer remained unclear.

According to the details unearthed officially, the attackers raided the base just before dawn and opened  fire at officers before entering the officers’ mess, where they took security men, women and children hostage for several hours.

In retaliation that continued for a longer period of time, the security forces killed four gunmen inside the command centre.

The incident has raised eyebrows of the Indian authorities as it was the most audacious attack on an Indian military base since Uri attack in September, when 19 soldiers were killed.

The Indian army in a statement said four of its soldiers were killed in the initial assault after heavily armed gunmen wearing police uniforms stormed the base early Tuesday firing small arms and hurling grenades.

Afterwards, three Indian army men were killed in a rescue operation after the militants took 16 people hostage inside two buildings used as accommodation by the families of the army officers.

Two women and children were among the hostages, the Indian army said adding that three bodies of attackers were recovered. Indian military officials also confirmed launching a combing operation in hunt for any attacker.

“In this rescue attempt one more officer and two jawans sacrificed their lives,” it added.

Another official on condition of anonymity claimed that four attackers were killed by forces.