Pakistan, China agree to continue close cooperation in all areas 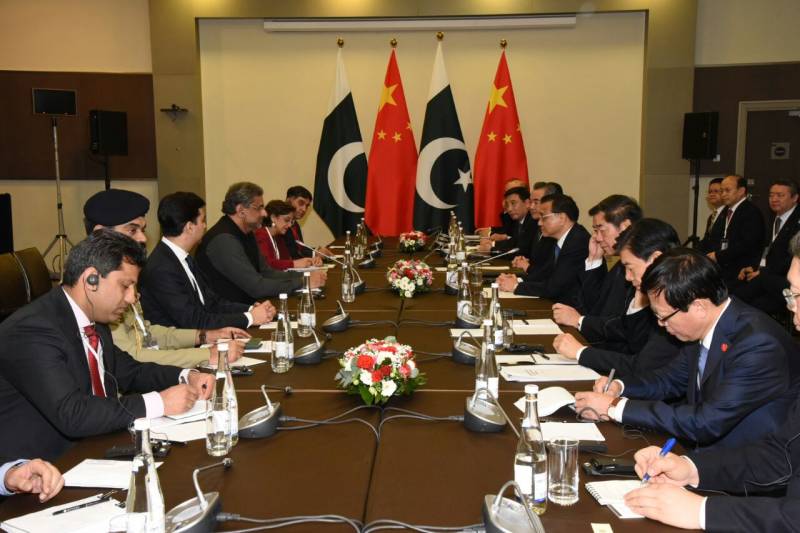 The understanding came at a meeting between Prime Minister Shahid Khaqan Abbasi and his Chinese Counterpart Li Keqiang at Sochi in Russia.The two sides expressed satisfaction on the overall level of engagement.

The Chinese Premier reiterated full commitment to the all-weather strategic cooperative partnership between the two countries. He said that Pakistan's membership of SCO will further contribute to the regional peace, security, stability, and development.

The Prime Minister congratulated Chinese Premier on the success of 19th Congress of the Communist Party of China and his re-election on the Political Bureau as well as of President Xi Jinping as party General Secretary. He reaffirmed Pakistan's traditionally strong support to China on its core issues including 'One China Policy'.