Hike in dollar-rupee parity not linked to IMF: Asad 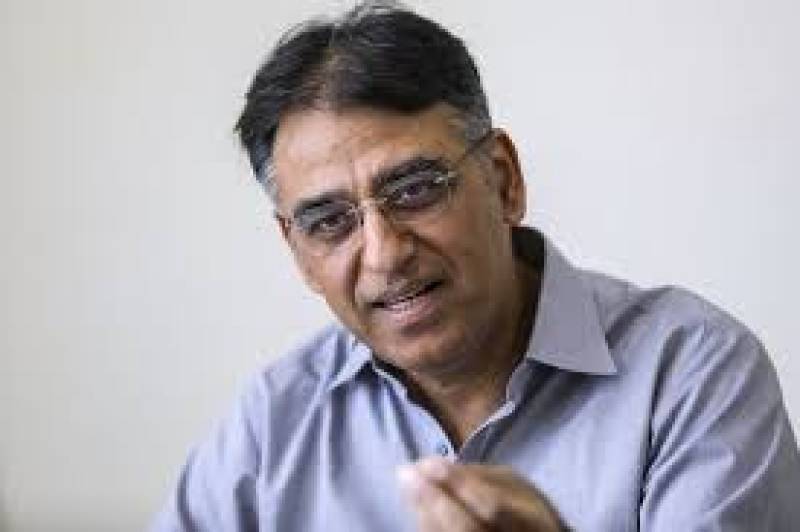 ISLAMABAD - Minister for Finance Asad Umar Friday said the recent hike in dollar value against rupee was not linked to Pakistan's negotiations with the International Monetary Fund (IMF).

Addressing a press conference here, the minister said the IMF had not asked Pakistan to depreciate the rupee value to a certain level. The value of dollar against rupee was determined by the simple formula of demand and supply, and the current account deficit, which had swelled to $19 billion during the last year, was the reason for higher demand of dollar.

He was flanked by Minister for Planning, Development, and Reforms Makhdoom Khusro Bakhtiar and Minister of State for Revenue Hammad Azhar.

Asad Umar said the last government had maintained the rupee-dollar parity artificially by purchasing the greenback from the open market, which resulted in the reduction of prices of imported items whereas the local products got more costly, while the local industry started closing due to being non-competitive in the international market.

No structural reforms were undertaken by the last regime to stabilize the economy, causing continuous rupee depreciation, he added.

The minister said, "We will have to increase our exports, decrease imports, raise foreign direct investment, and increase investment in productivity-oriented institutions in order to contain the hike in dollar value."

Asad Umar said although a decrease in the rupee value affected the country's economy for the time being it would have long-term positive impacts.

He said, "Due to an artificially contained value of rupee, our agriculture and industrial sector had also been badly affected." Despite surplus produce of wheat, rice, and sugarcane, the commodities could not be exported due to their lower prices in international markets, he added.

He said imported commodities were subsidized by the last regime. which discouraged the local industry and negative growth was particularly recorded in the large-scale manufacturing industry that forced the industrialists to shut down their businesses rendering about 500,000 people jobless.

He said the Pakistan Tehreek-e-Insaf government in its first 100 days had set a direction as a positive change in the country's exports, imports and investment were being witnessed.

Minister for Planning, Development, and Reforms Makhdoom Khusro Bakhtiar said under the China Pakistan Economic Corridor (CPEC), the past regime had made agreements only in the infrastructure and energy sector projects whereas the present government signed accords in the agriculture and industrial sectors, which were the backbone of the country's economy.

He said in Gwadar the government had planned to establish an oil refinery industry as it would help save $6 billion if imported raw petroleum products were refined in the country.

He said in order to explore the potential of the industrial sector, the government was planning to establish a private-sector advisory council.

Replying to a question, Asad Umar said the government was determined to further accelerate the tax refunds procedure. The Federal Board of Revenue had cleared the refunds of Rs 8.7 billion last month, he added.

Replying to another query, the minister said the prime minister and his team visited Malaysia not for any financial arrangement.

Malaysian Prime Minister Mahathir Muhammad, he said, had accepted the invitation to attend the Pakistan Day ceremony on March 23 as a chief guest.

He said negotiations regarding financial arrangements with China and the United Arab Emirates were in final stages and agreements in that regard were expected to be signed next month.

The minister said numerous measures were needed to make the FBR a clean and transparent institution.

Minister of State for Revenue Hammad Azhar said in the days to come, the nation would see that the FBR had become a clean institution. The FBR's internal audit wing would directly report to the prime minister, he added.