Pakistan 3-1 in reply to Australia's 589 in Adelaide Test 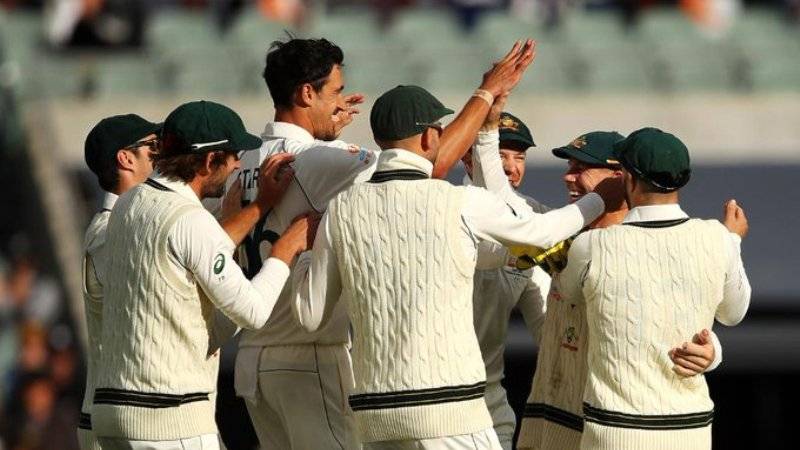 ADELAIDE – Pakistan were 3-1 in reply to Australia’s 589 runs in the second Test at dinner on second-day play in the day-night match.

The visitors lost early wicket of Imam-ul-Haq with three runs on the board as the opening batsman manage just two runs on the board before getting caught off the bowling of Mitchell Starc. The side trail by 586 runs with nine wickets in hand.

Earlier, Australia declared their first innings at a massive total of 589-3 on the second day of their day-night Test against Pakistan.

David Warner scored a triple century. He achieved the feat off 389 deliveries with the help of 37 boundaries. He went on to remain unbeaten at 335 with 39 boundaries and a six to his name.

The hosts started day two on their overnight score of 302-1 with opening batsman David Warner and Marnus Labuschagne batting at 166 and 124 respectively.

Labuschagne went on to complete his 150 before being castled by Shaheen Shah Afridi for his 162. His knock included 22 boundaries.