Who has scored most runs in Pakistan Super League? Here’s list of PSL top scorers 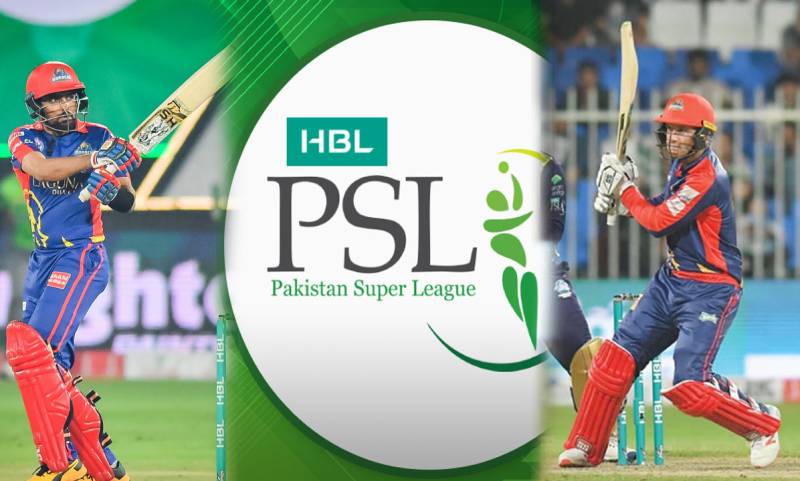 Pakistan’s flagship Twenty20 tournament has entertained cricket fans with some blockbuster matches while there are some of the inspiring performances with the bat in PSL over the years.

Since the debut edition in 2016, Pakistan Super League has witnessed many power hitters piling a chunk of runs in their kitty over the years and we talk about the top 5 players with the most runs in history.

Among the top hitters in the country’s biggest cricket league, Proteas player Ingram's stats make up for a staggering read. The star batter has emerged to be the most prolific run-scorer in the tournament’s history.

The opener of Karachi Kings has scored the highest runs so far. He achieved the milestone in February 2019 when he scored 127 runs in just 59 balls and remained not out against Quetta Gladiators at the Sharjah Cricket Stadium. He made the record with 12 boundaries and eight huge sixes.

Another South African player takes the second spot on the prestigious list. The doughty Protea batsman has mustered 117 runs in 60 balls in a match against Lahore Qalandars at National Cricket Stadium Karachi. He hit 13 boundaries and six mighty shots to get the runner-up place.

Among the two Pakistani players in the top 5, Sharjeel Khan, who plays for Karachi Kings, achieved the third spot with Islamabad United in the first season of the league at the Dubai International Stadium.

The extraordinary innings of 32-year-old against Peshawar Zalmi place him third in the list as he scored 117 runs in 62 balls before getting run out by Wahab Riaz.

The right-handed Australian power hitter Chris Lynn also managed to get on the list. The 31-yar-old achieved the milestone with Lahore Qalandars in March 2020 at Gaddafi Stadium Lahore.

Lynn, who will play for Multan Sultans in the upcoming edition of the PSL, scored 113 runs in 55 balls and remained not-out against his new team Multan Sultans. He smashed 12 boundaries and eight sixes.

LAHORE – Atif Aslam and Aima Baig will sing the Pakistan Super League 2022 anthem, which has been produced and ...

Peshawar Zalmi’s batsman, Kamran Akmal who said he was ‘humiliated’ after being picked up in the lowest category at the PSL, has been part of Zalmi since the start of the PSL.

The senior wicket-keeper batter scored 107 runs in 61 balls and remained not out against Lahore Qalandars at Sharjah Cricket Stadium in March 2018. He struck 11 boundaries and seven maximums.

LAHORE – Pakistan Cricket Board has decided to hold a simple opening ceremony for the seventh edition of the ...