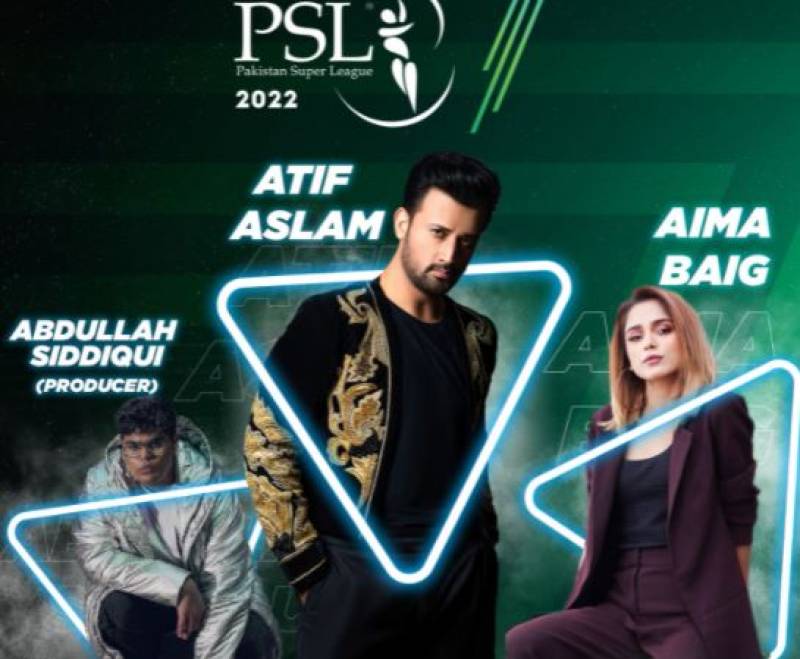 LAHORE – Atif Aslam and Aima Baig will sing the Pakistan Super League 2022 anthem, which has been produced and composed by Abdullah Siddiqui.

The anthem will be released next week through an event partner, said a press released issued by the Pakistan Cricket Board (PCB).

The theme of the song is inspirational and motivational with the lyrics and music aimed at uplifting the mood of the fans and the nation as the world is passing through tough and testing times due to the Covid-19 pandemic.

This will be the first time Atif Aslam will sing the PCB’s marquee event song, while Aima Baig had featured in last year’s Groove Mera, which turned out to be a smashing hit.

Atif Aslam is an international acclaimed Pakistan singer who has recorded numerous chart-topping songs for local and international film industry. In 2008, he was bestowed with Tamgha-e-Imtiaz (medial of distinction) from the government of Pakistan, while he has received over 50 other different awards from within and outside Pakistan.

Aima Baig is one of the most popular female voices in Pakistan. In the past seven years, she has recorded a number of top charts and has won local and international awards.

Abdullah Siddiqui“Getting to produce this anthem is a dream for any musician, and I’m very honored and thankful to the PCB for the opportunity this year.

“Both Atif Aslam and Aima Baig are undeniably the best and working with them has been a privilege. I’m very excited for fans to hear what we have come up with.

“We have tried to produce a song that captures the spirit of the game in a meaningful way, while still being very fun and catchy.”

LAHORE – Pakistan Cricket Board has stepped up Covid induced measures ahead of the next season of the ...