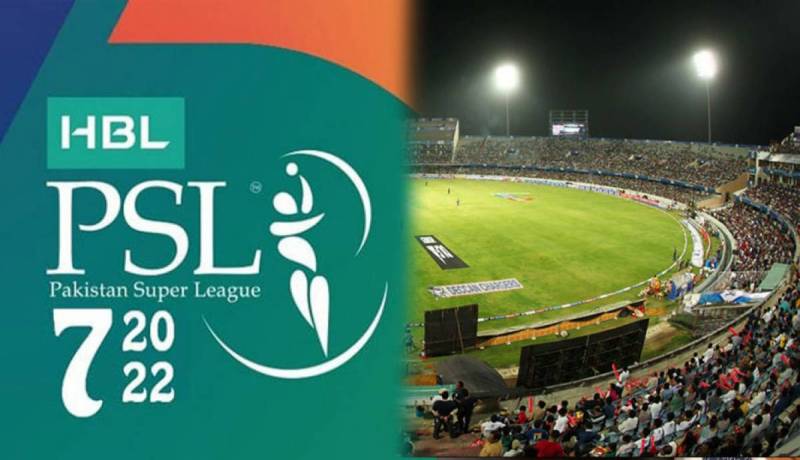 LAHORE – Pakistan Cricket Board has stepped up Covid induced measures ahead of the next season of the country’s flagship tournament PSL amid a rapid surge in Covid-19 cases.

Reports in local media said all players of the Pakistan Super League will have to remain under strict bio-bubble protocols during the upcoming season.

As the Pakistan Super League's fifth and sixth editions were affected badly by Covid and players and staff members contracted novel virus despite being inside a biosecure bubble, officials now planned to develop separate 'Bubble' of each team within the bio-bubble.

As per the new rules, players of different teams will not be allowed to interact in wake of the Covid spread fueled by a more contagious Omicron variant.

The last two editions even suffered suspension midway due to pandemic but now Pakistan Cricket Board (PCB) wants no obstructions during the tournament.

LAHORE – A medical team of the Pakistan Cricket Board (PCB) on Tuesday carried out Covid-19 tests on all the ...

Meanwhile, a complete accommodation facility has been booked in seaside metropolis Karachi while one wing of the hotel has been dedicated for PSL players in Lahore.

In light of past experiences, there will be separate lifts, dining areas for the teams in the hotel while the hotel's staff will also be part of the bubble.

Players participating in the event will start to arrive in Karachi on January 20 while practice will start after three-day isolation.

Reports claimed that if anyone tests positive for Covid, the complete floor of the hotel will be tested. Board also barred players to accompany family members. Teams will also undergo rapid-antigen tests every day while PCR tests will be conducted after two to three days. Outside food will not be allowed as players used to order some meals from outside restaurants.

LAHORE – The Punjab government on Wednesday assured that foolproof security will be provided for Pakistan Super ...