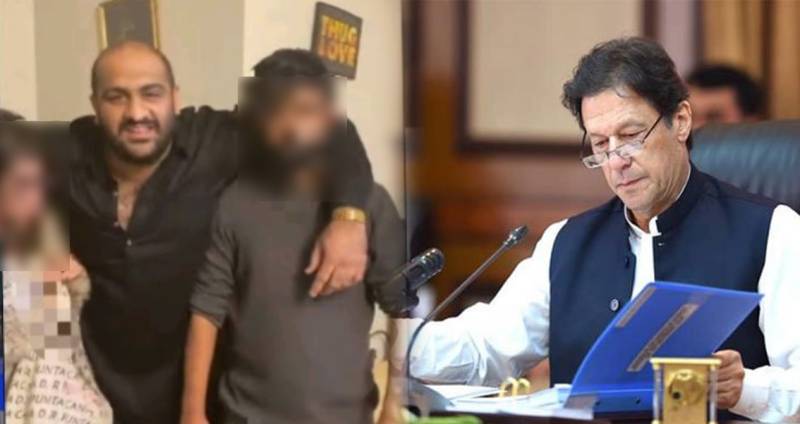 ISLAMABAD – State will pursue prosecution in the Islamabad couple harassment case after the victim retracted statement against the accused and told not to pursue the case.

The incident occurred in July last year that triggered outcry as four persons forced a couple to strip at gunpoint and then assaulted them.

In the recent shocking development, the female victim, who was harassed at E-11 flat of country’s federal capital has taken a U-turn as she refused to recognize the accused men.

As the victim retracted the statement, Prime Minister Imran Khan ordered federal authorities to submit a progress report on the pursuit of the case. PM’s aide on communication said that aside from the Islamabad harassment case, the premier has sought a report on the motorway rape case as well.

Parliamentary Secretary for Law and Justice Barrister Maleeka Bokhari said the state would now pursue prosecution in light of irrefutable evidence on record.

Meeting held at @MoLawJusticeof1
The State will pursue prosecution in the Usman Mirza case irrespective of recent developments relating to victim's testimony.Irrefutable video & forensic evidence on record- anyone harrassing & stripping a woman must face full force of the law. pic.twitter.com/SHRMCzhXk1

PTI lawmaker said that a high-level meeting, chaired by Law Minister Barrister Forough Naseem, was held at the Ministry of Law and Justice on the special directive of the Prime Minister.

On Tuesday, the victim withdrew her statement and submitted an affidavit to state for the record that she will no longer be pursuing the case however the woman, in an initial statement to the magistrate, said the accused had threatened to gang-rape her if she did not engage in a lewd act with her friend while they filmed it.

She now stated that no one tried to assault her sexually, nor did anyone record her, in a shocking turn of events while she earlier mentioned to perform nude dance in front of Usman and his accomplices revealing that she was assaulted when she refused.

ISLAMABAD – In a new twist to the Islamabad couple assault case, the victim on Tuesday backtracked from her ...