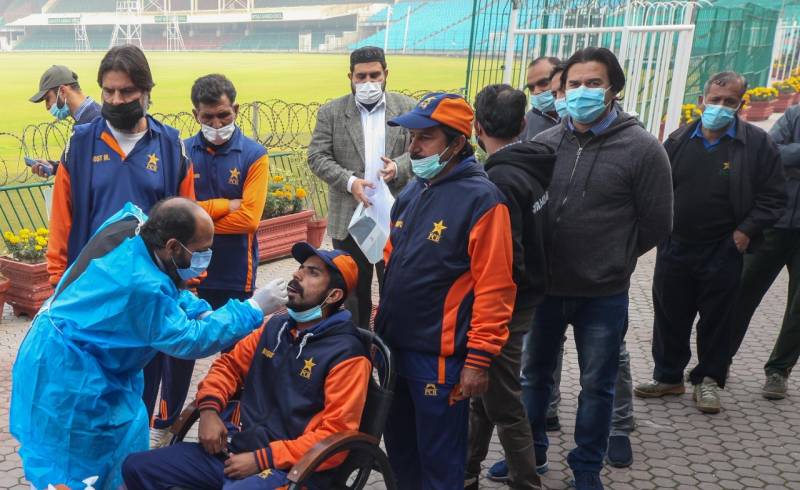 LAHORE – A medical team of the Pakistan Cricket Board (PCB) on Tuesday carried out Covid-19 tests on all the ground staff in Lahore ahead of the seventh edition of the Pakistan Super League (PSL).

The tests were conducted as part of the PCB's duty of care as Pakistan faced the fifth wave of coronavirus that has been triggered by highly transmissible Omicron variant.

Last month, the cricket board issued schedule for the PSL 7. It will start on January 27 with defending champions Multan Sultans taking on hosts and 2020 champions Karachi Kings at the National Stadium.

As part of the PCB's duty of care and valuing the curators, it carried out Covid-19 tests on all the ground staff ahead of the HBL PSL 7. pic.twitter.com/Lnzw5uZtRK

The 2019 champions Quetta Gladiators will go toe to toe with 2017 winners Peshawar Zalmi on the following day on Friday.

In first of the six double-headers to be played in the 32-day and 34-match tournament, Multan Sultans will take on 2020 runners-up Lahore Qalandars at 2pm PKT, which will be followed by the Karachi Kings and Quetta Gladiators’ fixture that will begin at 7pm PKT on Saturday.

Two-time champions Islamabad will be in action on Sunday afternoon when they will lock horns with Peshawar Zalmi, with the evening match to be played between arch-rivals Karachi Kings and Lahore Qalandars.

After Karachi, which will host 15 matches from 27 January to 7 February, action will shift to the Gaddafi Stadium where the remaining 15 league matches and the four play-offs will be played from 10-27 February.

The 27 February final will be the first time since 2017 when the headquarters of Pakistan cricket will hold the final. National Stadium had staged the finals from 2018 to 2020, while Abu Dhabi was the venue for the 2021 final where Sultans defeated Zalmi by 47 runs.