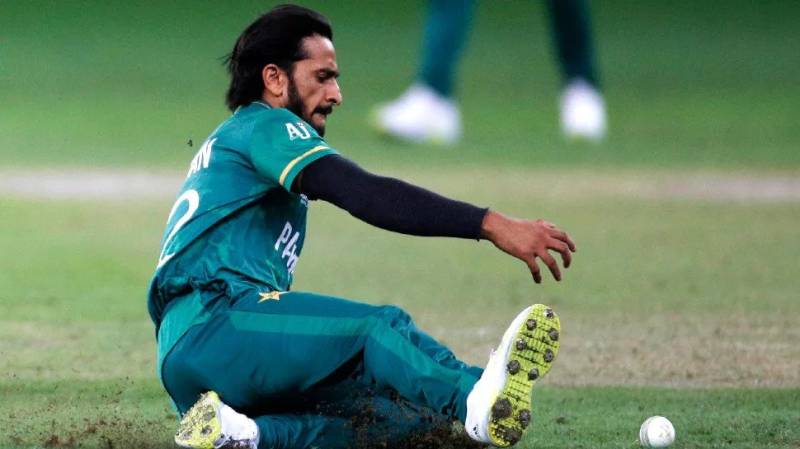 In his first public statement since he made the costly mistake in the semi-final of the T20 World Cup, the pacer said “I know you all are upset because my performance didn’t meet your expectations from me but not more disappointed than me.”

The 27-year-old was subjected to trolling and was even framed by Indian media outlets for belonging to a specific school of thought.

Following the whole drama from Indian media and internet trolls, Ali, in his message, urged his supporters to not change their expectations from him.

“I want to serve Pakistan cricket at the highest level possible, so back to hard work. This patch will make me stronger. Thank you for all the messages, tweets, posts, calls, and prayers – needed them,” his tweet further cited.

In reply to Hasan’s post, Haris Rauf told him to keep his head up. “You need a wicket you go to Hassan Ali. Keeps your head up”, he said. The ace-bowler also received support from former Pakistani players including legend Wasim Akram.

LAHORE – Pakistani pacer Hassan Ali’s wife has rubbished the rumors of getting threats after her husband ...

Babar-led squad’s juggernaut of five back-to-back wins came to an end as Kangaroos made it to the final, where they will face New Zealand today.