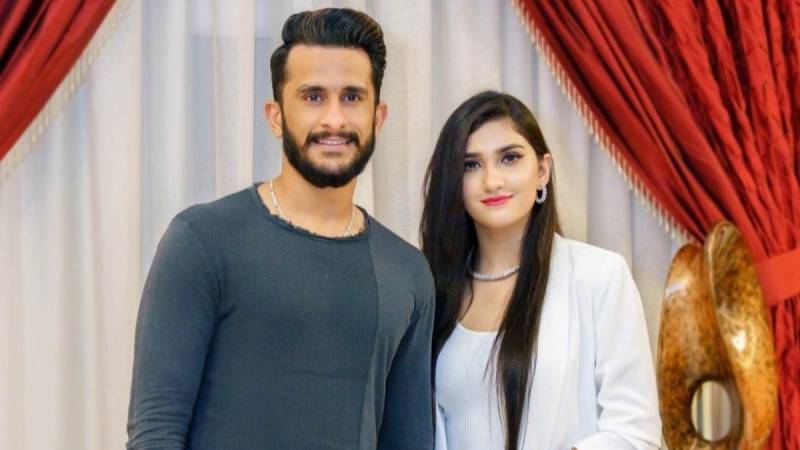 LAHORE – Pakistani pacer Hassan Ali’s wife has rubbished the rumors of getting threats after her husband dropped a game-changing catch mistake that allowed Kangaroos to secure victory in the Twenty20 World Cup semi-final.

As Indian social media users shared a slew of abusive social media posts shared allegedly by the disgruntled fans about Hasan Ali, who was trolled after his costly mistake, Samiya Arzoo cleared the air about the tweets from a fake Twitter account.

Arzoo said that her family had not been ‘attacked or threatened’ while in reality, they received a lot of support from cricket fans. “I am not on Twitter. Please report the accounts claiming to be me,” she wrote in an Instagram story. 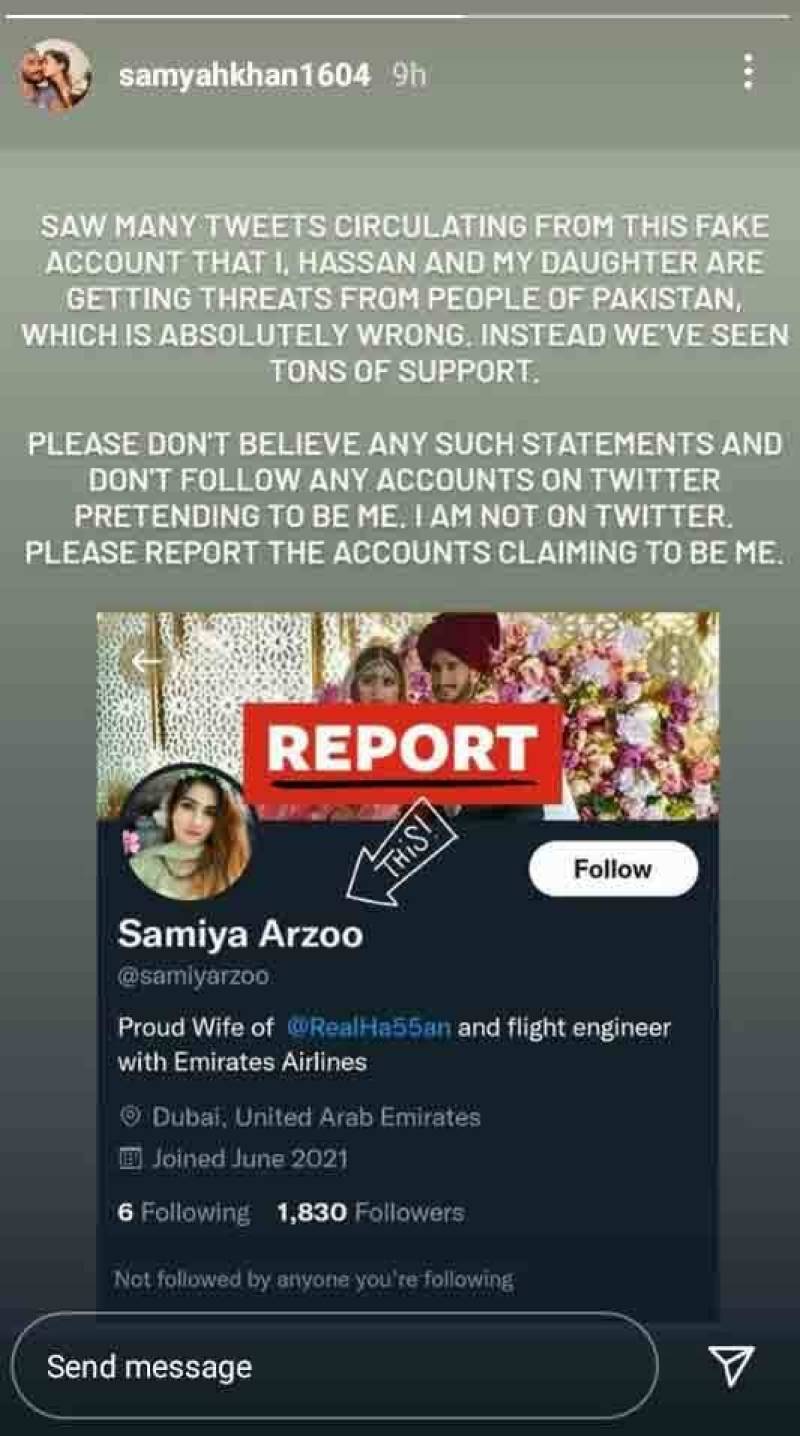 The development came after a user, who claimed to be the wife of a Pakistani bowler, tagged PM, PCB and urged to take action against threats being issued to the fast bowler’s family.

“I Samiya Arzoo wife of cricketer Hasan Ali appeal to respected PM Imran Khan and PCB to ask Pakistani fan to stop attacking our whole family. I do understand the depression of cricket fan, but it is part of a game,” the tweet from imposter account cited.

Pakistani fast bowler has somehow abused amid the dropped catch outrage. It was assumed that Indian trolls are behind the fake account, a reference to the false stories spread about Hassan being targeted for belonging to some specific sect, another falsehood that was also debunked.

First of all, Hassan Ali is not Shia. Secondly, show me a single tweet where any Pakistani has targeted Hassan or his wife. We aren’t like you guys that targets women. You’ve targeted a 10 months old child. Hassan Ali is a champion, he fought for us like he did in 2017. pic.twitter.com/iCYA1lI2QT

Green Shirts lost the semi-final of the T20 World Cup against Finch-led squad on Thursday after a late blitz from Wade. As some social media trolled Pakistani pacer, Pakistani skipper Babar Azam and other players including Shadab Khan and Shoaib Malik bucked up Ali.