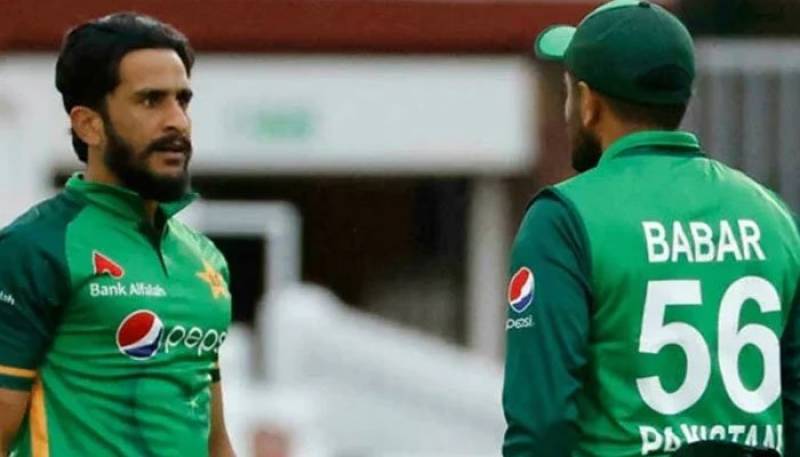 DUBAI – Pakistani skipper Babar Azam came to rescue pacer Hasan Ali who dropped an ‘easy’ yet crucial catch of Matthew Wade in the semifinal against Australia.

The Australian player went on to hit three sixes consecutively after the dropped catch that took Kangaroos to the final of the ICC mega event.

When asked about Hasan Ali's dropped catch and whether or not he needs to be blamed for the loss, Babar said I am not feeling anything of that sort because he is my main bowler and he has won matches for us.

He further added that not all players perform in the match. He [Ali] is a bit down but we will try to cheer him up and give him confidence, he said at the post-match interview after the five-wicket loss against Finch-led squad.

Azam, while replying to a query, said Men in Green had got ‘enough’ runs on the board in the first innings but rued the missed opportunities that came their way. I think if we give such teams a chance in the back end, it is going to be costly.

‘Satisfied’ Babar said we’ll learn from this for the next tournament. “When you play so well throughout, there were small mistakes that cost in the end”, he opined.

Earlier, former skipper and seasoned player Shoaib Malik also bucked up Hassan Ali as he pats him after he dropped the catch during the key moment. Commentators and fans in the stadium also cheered Malik's heartwarming gesture.

On Thursday, Team Pakistan set a target of 177 runs against Australia in the second semi-final of the ICC Men’s T20 World Cup. As both eying the spot in the final match of the tournament, Matthew Wade and Marcus Stoinis played a vital role in Pakistan's defeat as Aussies qualified for the final and are set to take on Kiwis on November 14.

Pakistan's top political leadership and the chief of the Pakistan Cricket Board (PCB) put their support behind the ...