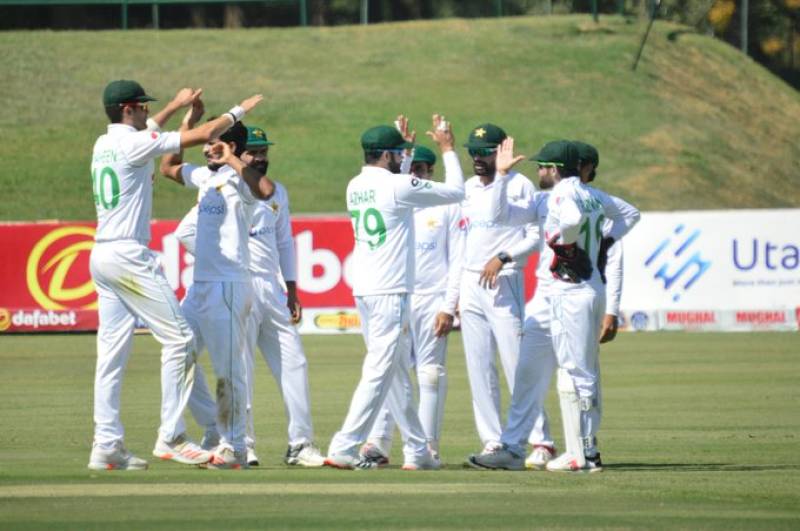 Fast bowlers Shaheen Afridi and Hasan Ali took four wickets each as Pakistan took control of the first Test against Zimbabwe on the opening day at the Harare Sports Club on Thursday.

The pair helped the tourists dismiss their hosts for 176 in the first innings, before Pakistan reached 103 without the loss of a wicket in reply at the close to trail by 73 runs in the first game of the two-match series.

Openers Abid Ali (56 not out) and Imran Butt (43 not out) looked assured on a placid wicket and will seek to give their side a big first-innings lead when play resumes on the second day.

Pakistan selected unorthodox off-spinner Sajid Khan for his first test cap, though he went wicketless through the first innings.

Zimbabwe were teetering at 30 for four after an early blitz with the new ball from Shaheen (4-43) and Hasan (4-53), but a 59-run stand for the fifth wicket between innings top scorer Kaia (48) and Shumba (27) steadied the home side.

It was broken by a needless run out of the latter and Zimbabwe lost wickets at steady intervals thereafter.

The teams are meeting in tests for the first time since 2013, when Zimbabwe claimed the last of their three wins in 17 previous clashes. Pakistan have 10 victories.