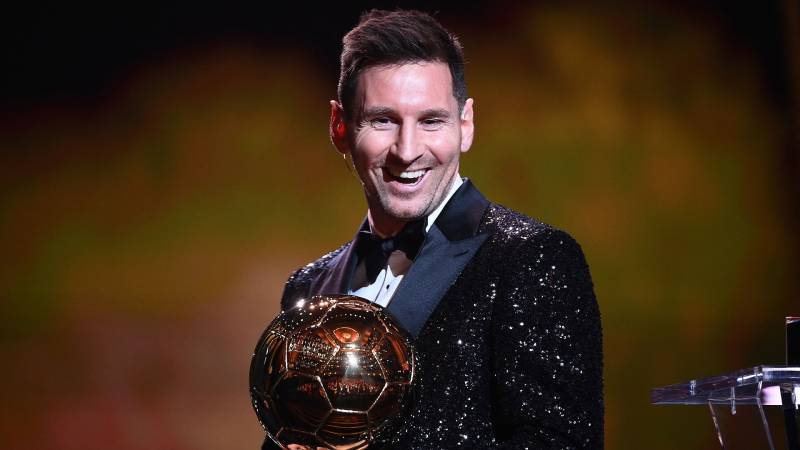 Lionel Messi has won the men’s 2021 Ballon d’Or, and a record seventh trophy at an awards ceremony in Paris on Monday evening.

Messi, 34, held off the challenge of Bayern Munich’s Robert Lewandowski, Real Madrid’s Karim Benzema and Chelsea’s Jorginho to collect the prize and move two clear in his long-running battle with five-time winner Cristiano Ronaldo, who was among the 30 players shortlisted but did not feature in the top three for the first time in 11 years.

Messi was the favourite to collect the award after winning the Copa America with Argentina earlier this year – his first major international trophy – despite one of his less impressive periods at club level: Barcelona finished third in La Liga and fell in the first knockout round of the Champions League. However, Messi scored two goals as Barca won the Copa del Rey final and he was La Liga’s top goalscorer once more, before switching to Paris Saint-Germain in the summer.

Lewandowski did pick up the consolation prize of the newly formed Striker of the Year award, while the Women’s Ballon d’Or went to Barcelona captain Alexia Putellas.

Further awards went to Gianluigi Donnarumma for the Yashin Trophy of best goalkeeper, to Barcelona midfielder Pedri as the starlet was handed the Kopa Trophy and another new award went to Chelsea for Club of the Year for their on-pitch achievements with both men’s and women’s teams.

Lewandowski can feel hard done by after another stellar year of goalscoring for Bayern Munich saw them retain the Bundesliga title. He scored a record 41 Bundesliga goals in the 2020-21 season and is leading the charts again this season with 14 goals from 13 games, but perhaps suffered at the ballot box from not enjoying more success with his country, Poland, in a year of major international tournaments. The 33-year-old was expected to win his first Ballon d’Or last year but the award was cancelled due to the pandemic.