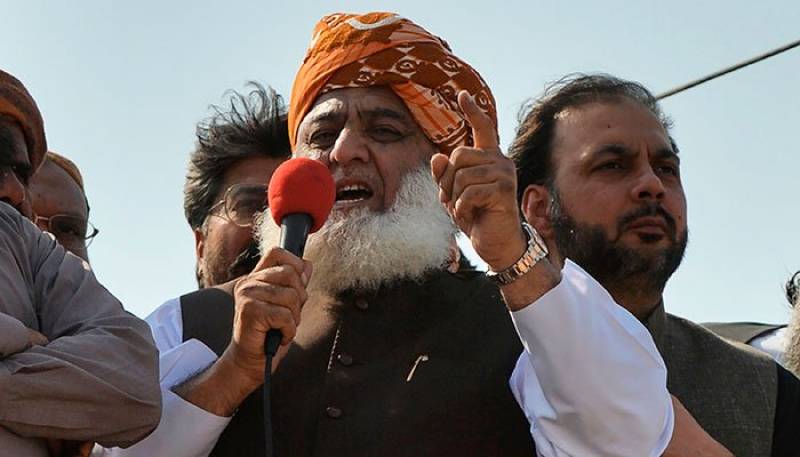 LAHORE – An anti-government rally led by the Jamiat Ulema-e-Islam-Fazl (JUI-F) on Wednesday left Lahore and moving towards Rawalpindi with an aim to send Prime Minister Imran Khan packing.

JUI-F chief Maulana Fazlur Rehman addressing the participants in Lahore said that the protest will certainly send the government home.

Appreciating the protesters for being peaceful, he highlighted that no one was harmed from Karachi to Lahore during the rally.

Earlier, Fazl addressing the rally in Multan stated that they will not step back as the ‘war has begun’. He reiterated that they are fighting a political war as there is a danger to the Constitution of Pakistan.

He also urged to the political elite to resign before the Azadi March reach the federal capital.