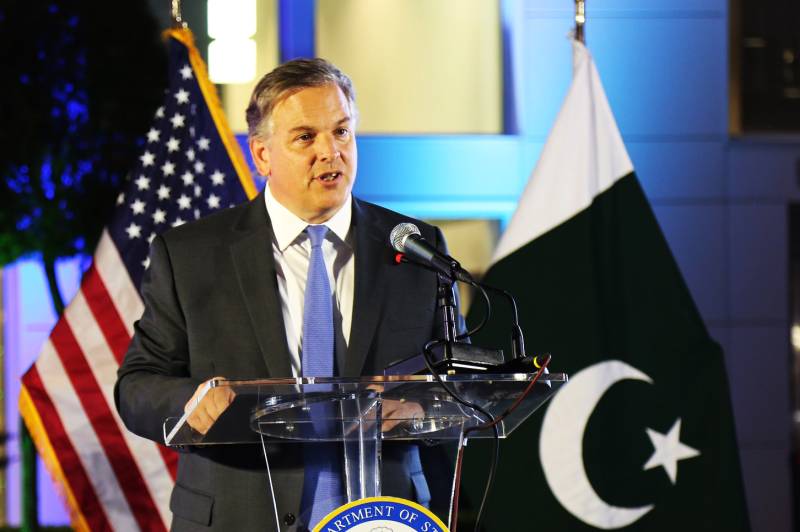 Speaking with a local media outlet, Mr. Blome said ‘there is no truth in the regime change allegations’, while he called such claims from the former ruling party ‘unfortunate’.

Washington enjoyed a long and crucial relationship with Islamabad, the US envoy said, adding that we want to see an independent, prosperous and strong Pakistan. That’s in our interest and in the interest of the region, he said.

He expressed hope that both sides can get past this and focus on working on important issues.

Responding to a question on demand for air bases in Pakistan, the US ambassador said: “I can tell you there were no discussions about air bases, one way or another.” He cleared the air that no such talks held for the last four months, adding that this has not been an issue on his agenda.

We are currently focusing on building and broadening economic, trade, and investment relationships and working on climate change, besides working on energy transformation.

Mr. Blome refrained from commenting on the probe on allegations, saying it is not my position really to talk about whether the inquiry should be made or not.

US would work together with any government in Pakistani elected by the masses, saying even if it is Imran Khan comes into power again.

The foreign dignitary also mentioned that US President Joe Biden's administration was committed to working with South Asian nation to reduce tensions and look for ways to resolve regional disputes peacefully.

He stressed building confidence between the states and the neighbours, saying Washington has broad concerns about proliferation.

ISLAMABAD – Prime Minister Shehbaz Sharif on Thursday attended a ceremony organised by the US Embassy to mark the ...

He also commended the Sharif-led incumbent government for securing the International Monetary Fund's (IMF) deal and termed it a significant accomplishment.