Living in the age of media imperialism 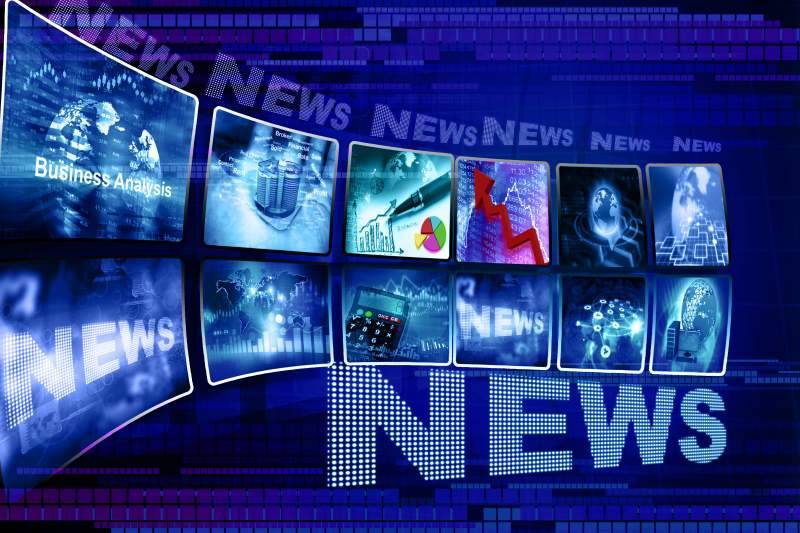 It the world of 2018, conflict sells the most. Bipolar or extreme views bring viewers or listeners to the media and creating the potential for certain people living their life in a talk show or reality show, thus believing everything they hear or see on the screens.

The phenomenon is neither isolated to international politics or national issues. Ranging from the twit on Prime Minister Imran Khan’s use of helicopter “to save hundreds of man-hours and hassle and taxpayers’ money” to Russia’s fear-mongering of impending chemical attack in Idlib by the western allies, a truth can be made unreliable and a blatant speculation or rumor into a fact-based foretell.

The debate over the influence and use of media in Pakistan like much of the world remains superficial. For a quick overview of various factors interplay and media’s power, academics and theoreticians have produced a wealth of knowledge.

When media is used to create hype about an event or a fantasy, it is an effort to control the minds and behaviors of the listeners, viewers or readers before they start a chain reaction based on their perception. Is it a kind of imperialism?

Vladimir Lenin defined imperialism as the highest form of capitalism. The Russian philosopher theorized on the subject in elaborate details and enriched theory of communism.

“Imperialism involves the extension of power or authority over others in the interests of domination and results in the political, military, or economic dominance of one country over another.”

The theory of cultural imperialism can be simplified as larger capitalist nations’ systemic technique to influence the public’s way of life by creating over concentration of their media platform in smaller states. With the start of Cold War, the struggle for influence intensified with renewed vigor. By 1960, French politician, Jacques Rigaud, and US diplomat, Zbigniew Brzezinski had referred to the phenomenon as ‘cultural imperialism’. The BBC radio service was the last word in the news in the non-communist world, especially English-speaking allies and Britain’s former colonies.

Though the humans conquered space and moon in the 1960s, the connectivity offered was limited to military communication and surveillance. The presence of wire services, as well as international newspapers with bureaus and correspondents abroad, had been sources of information and perspective across the countries as well as continents.

The notion of cultural imperialism through various forms of media was also prompted in the Cold War-era movies, music, fashion, advertising and other forms of lifestyle. Video games came way late in the 1980s but surely made their mark on young and impressional minds.

The media imperialism is aimed at the promoting superiority of the capitalist order. It attacks the nationalist fervor. The media influences the society’s thought process and preferences for life, setting new ideas for them ranging from consumer goods to dress and etiquette.

Given the rising influence of ‘media imperialism’, the countries like Egypt, Indonesia, and India protested against unlimited access to larger media companies within their boundaries. The New World Information and Communication Order aka the MacBride Commission was created.

The debate over media representations of the developing world in UNESCO in the late 1970s and early 1980s was an intense one where the term media imperialism was used by the MacBride Commission, a UNESCO panel chaired by Nobel Peace Prize laureate Sean MacBride.

The set of recommendations it made to make global media representation more equitable led the US, UK, and Singapore to quite UNESCO. Meanwhile, Herbert Schiller was an American academic who traced the influence of US media products and technologies around the world in sync with its economic and political strategies. He also argued that there is no micro context for cultural imperialism except a macro one.

The growth of media outlets in the 1980s and 1990s started making it difficult for local media outlets to survive. It also made smaller nations subsidiary to products of bigger nations. Whereas power imbalances favored the west, historical political systems became an obstruction too. The arrangements of media in industrial nations were dictated by economic power, a set of rich capitalists controlled media outlet are various level, including music production as well as movies and video games.

The notion of media imperialism has continued to intrigue and provoke theoreticians. As technologies evolved and the geopolitical situation changed, so did the application of media as the imperialist tool. For instance, after the breakup of the Soviet Union, a new set of theories emerged.

The US media footprint abroad rapidly expanded with the fall of the iron curtain and the advent of the cable TV. There was a business reason too for the globalization of the US media house i.e. the local American market was saturated by the content presented, foreign markets brought hefty amounts of revenue besides control over the airwaves and thus minds.

Boyd-Barrett, the prominent anti-war Irish politician, and thinker, states, “Early media imperialism theories focused on US television exports at a time when such exports were set to decline in many local markets. Covert influences such as ownership, business models, professional values, content formatting, audience preferences, cultural hybrids, and technologies, were insufficiently considered.”

Various models adopted by media houses put the receiver in the same situation but with a different reaction time at his disposal. The proponents of direct influence approach argue the media’s role is that of a hypodermic syringe which is injected into the people through sender’s compelling sound waves and the receivers take it as it comes without questioning it.

The approach assumes that media is a shot or drug. People passively accept it as truth and then act from there. The theory revolves around a mass society where people are isolated who can be manipulated with radical thinking.

Transmission model, however, suggests a little more sophisticated relationship between media and its audience. The model believes that the senders. Sender (information and transmission source) has a direct access to receivers through social interaction. The viewers or receivers are gullible, uninformed and easily influenced.

Critics of the approach believe that it is an oversimplification as this cannot be the case always and everywhere. People question what they are told and the concept of mass societies is diminishing with greater access to more sources of knowledge or information.

In the limited media effects category, the receivers pick what they believe. Also called known as diffusion approach, the trickle-down effect results in selective reception. People choose what to watch and what to read. People listen to others who are important to them. And people remember important things consistent with our beliefs. They exercise cognitive dissonance by rejecting or criticizing and objecting to the message they don’t agree with.

The culmination theory explains that the longer people are exposed to something, the long, they become desensitized to it. Thus, the media is losing its impact on them. Diminished emotional responses translate to slowly overtime resulting in less and less emotional response to the positive or negative information.

The difference between culmination theory and hypodermic syringe model is the context in which the information is received. For instance, ethnocentricity or nationalism barricades imperialism. Often, the most popular programs in developing countries are locally produced. Media imperialism through one group owning all or the most news sources does exist but its efficacy is variable.

Media and communications service function in more complex and uneven manner than before. Foreign media products continue to have influence, although reception/resistance may be different for different cultures. Though contested in other spheres, the US movies, music, and video games remain the key influencers of global behavior at mass scale. As the technology improves furthers, so will its application for cementing imperialist designs. However, it will continue to adopt more subtle ways than those blunt and straightforward ones.

The receiver – viewer, listener, and reader – must also be guided about the mechanics of the very media or they will be left to believe fake stories or ignore facts. Who would do it? The answer is the state itself has a responsibility to keep the citizen informed and not misled while without jeopardizing his right to know and express. The civil society, journalists, and academia must also come forward to preserve the truth amidst the invading corporate media and nosier social media. It’s anybody’s guess if the Pakistani state and civil society can deal with the influx of information and disinformation with responsibility and prudence.