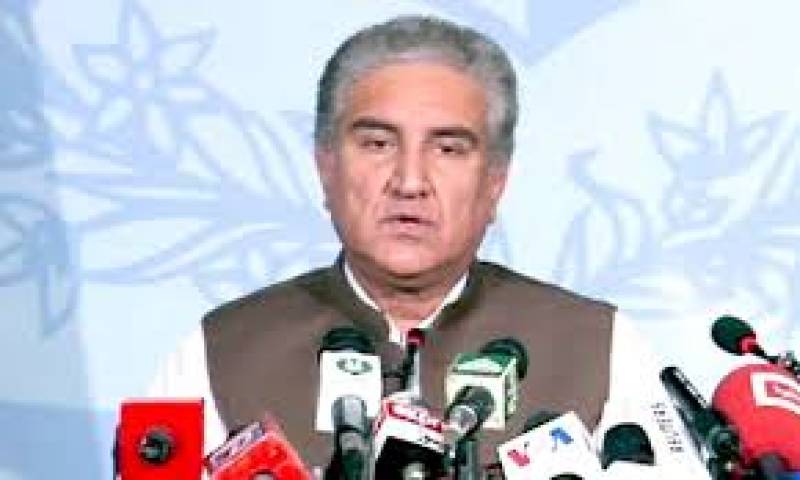 In a press conference, while announcing to change the name of Kashmir Highway with Srinagar Highway, Foreign Minister Shah Mahmood Qureshi said that the day will be observed to mark one year of Indian government’s move of scrapping special status of the valley.

The foreign minister also informed that Prime Minister Imran Khan will address the Azad Jammu and Kashmir Legislative Assembly on August 5 to highlight struggle of Kashmiri people for freedom movement.

He reiterated government's resolve that entire Pakistani nation stands by with their Kashmiri brethren in their just struggle for right to self-determination.

The Minister said Corona lockdown realized the world about difficulties being faced by the Kashmiri people who were in lockdown even before virus outbreak.

He said Pakistan's political leadership is united on the Kashmir issue and Indian attempts to jeopardize this unanimity have been frustrated.