WWF-Pakistan concerned over ill-treatment with lion in Islamabad zoo 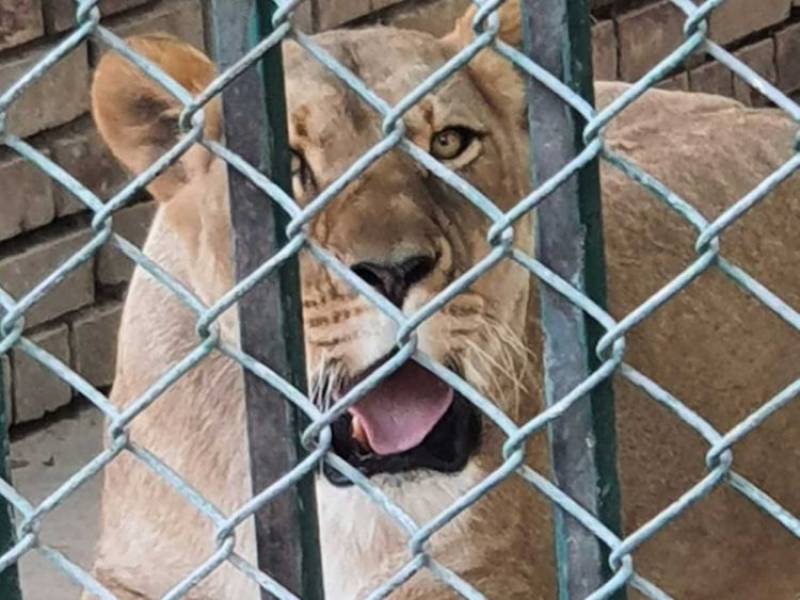 PESHAWAR – WWF-Pakistan has expressed its strong concern over the alleged ill-treatment of lion kept at Islamabad Zoo and expresses grave concerns over the videos appearing on social media.

It is absolutely abhorrent and unacceptable to treat any animal this way. WWF-Pakistan has expressed its disappointment and hopes that those who are responsible will be brought to justice for this repulsive act, reads a press release issued on Thursday.

Although WWF is aware that there are risks when a wild animal is moved from one facility to another, there is absolutely no excuse for the treatment of an animal as seen in the videos.

WWF-Pakistan has advocated for many years that there is an immediate need for rules and regulations for zoos in Pakistan, whether these are private or public so that the well-being of animals is ensured and incidents like this are not repeated.

WWF-Pakistan condemns the ill-treatment of the lion kept at Islamabad Zoo and has expressed its disappointment to the Islamabad Wildlife Management Board (IWMB) and hopes that those who are responsible will be brought to justice for this repulsive act.

Although WWF recognizes the scientific and research benefits of keeping animals in captivity, it strongly advocates in-situ conservation for the well-being of animals.

WWF-Pakistan believes that there are numerous examples where zoos have supported the conservation of endangered species and have brought them back from the brink of extinction.

But there are many issues related to animal welfare in captive facilities in Pakistan that need urgent attention, thus WWF-Pakistan has offered support to improve the condition of zoos in the country and has lobbied for zoo standards and legislation, promoting cooperation and capacity building for an overall improved environment for the animals.

Courts in Pakistan have been approached for such improvements; WWF-Pakistan is already involved with both Lahore and Islamabad High Court cases to improve the situation of zoos and is also complying with the decision of the Islamabad High Court regarding the transfer of Kaavan, the male elephant housed at Islamabad Zoo.

WWF strongly advocates for compliance with national, regional and local legislation and regulations and adherence to the provisions of the Code of Ethics and Animal Welfare standards of the World Association of Zoos and Aquariums (WAZA) and World Zoo Conservation Strategy, as a minimum standard of conduct for captive animals.