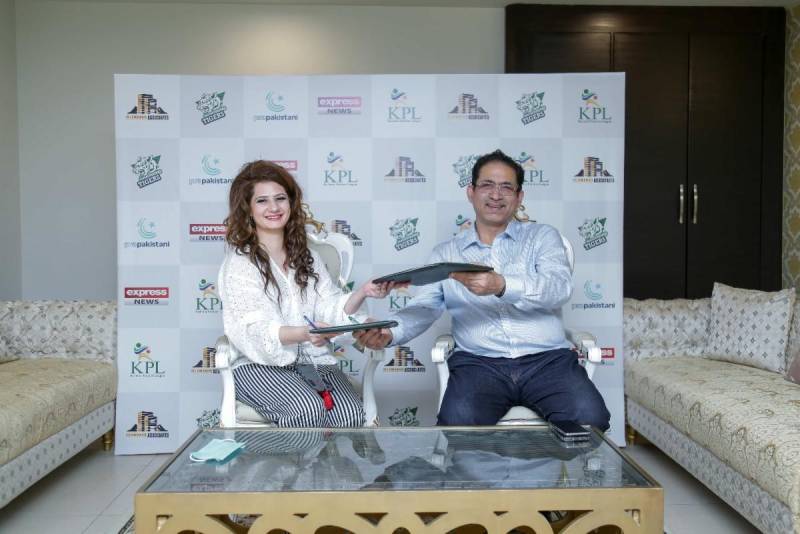 KARACHI – Kashmir Premier League is associated with the Government of Azad Jammu and Kashmir, backed by the Pakistan Cricket Board conducting a Twenty-20 league commencing from August 6, 2021 till August 16, 2021 in Muzaffarabad, AJK.

Muzaffarabad Tigers has emerged as one of the best teams of KPL and this partnership is anticipated to leverage both organizations across the Kashmir division and nationwide also. With this collaboration, they intend to build a big success between Bonanza Satrangi and Muzaffarabad Tigers, creating a pathway to bring awareness to both fashion fans and the sports community alike.

“Bonanza Satrangi empowers the journey by becoming official partners, we are honored to sign this opportunity. It feels great when some of the biggest names of the industry become a part of this platform” said Ms. Marium Ejaz, Director Marketing Muzaffarabad Tigers.

“Nothing could be better than contributing to recreation and sports in Kashmir. We are welcoming aboard Muzaffarabad Tigers as a part of the Bonanza family and we look forward to converging our aims” said Hanif Bilwani, CEO Bonanza Satrangi.

With over 40 years of experience, Bonanza continues its legacy of providing superior fabric, value for money and trendsetting apparel to its consumers. It all began in 1976 when the textile industry had not even flourished to its complete potential, that Bonanza initiated ready-made winter wear, particularly knits for men, women and children. From then on, Bonanza became a prestigious brand and won respect as the master of detail in the realm of ready-made garments manufacturing.

The countdown for the first edition of Kashmir Premier League (KPL 2021) began with a grand launch- the KPL Draft Event ...

With over 80+ outlets across Pakistan, Bonanza stands as an enormous textile giant today. However, looking at the market potential amongst clothing brands for women, Bonanza furthermore ventured into creating its exclusive women’s clothing line Satrangi in 2012 which has now become a one-stop clothing solution for the women of Pakistan . Thus we became to be known as Bonanza | Satrangi.