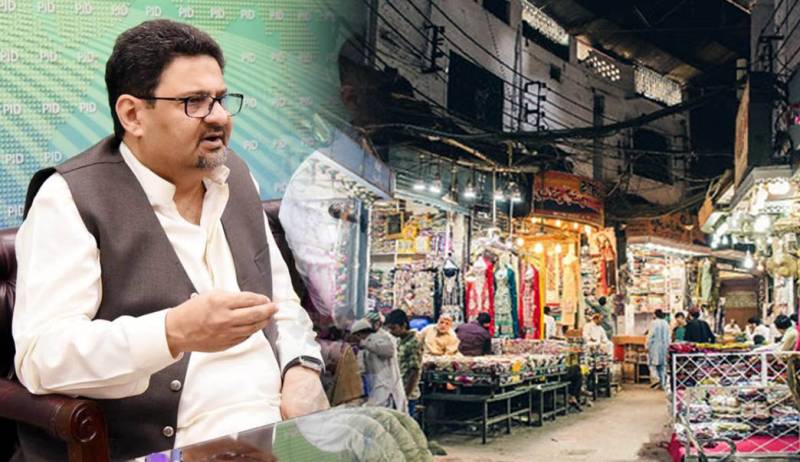 ISLAMABAD – The incumbent government brings a sigh of relief for business community as it announced relief in tax for shopkeepers who consume less than 150 units of electricity each month.

Finance Minister Miftah Ismail announced the development while addressing a presser. The PML-N leader said that the government is seeking an annual tax of Rs36,000 from small shopkeepers and stressed that everyone will have to pay taxes.

He mentioned slapping more taxes from next year and added that industries, as well as bankers, will have to pay their taxes.

Miftah announced the news as traders’ unions and retailers are protesting against the fixed tax included on electricity bills of shops.

PML-N minister claimed that the government had imposed the fixed tax at the rate of Rs3,000 per month which was not excessive, but the government was ready to give relief on it.

The finance chief added that a 10 percent tax will be imposed on businesses that could not export 10 percent of their output.

Minister also addressed the depreciation of the Pakistani currency which crashed by about 17 percent against the US dollar in the month of July 2022 in wake of political instability.

Miftah admitted that the dollar got out of control after Punjab by- polls, however, he claimed that the pressure on the rupee would end by next month.

At the outset of his presser, he highlighted that the South Asian nation witnessed an import reduction of $2.7 billion between June and July.

LAHORE – Punjab Chief Minister Hamza Shahbaz on Monday announced that the state is looking to give free ...

Miftah also slammed former government, as he held them responsible for the economic woes. The PML-N minister blamed the policies of former finance chief Shaukat Tarin, and the PTI chief for the burgeoning current account deficit.

KARACHI – The Pakistani currency continues to shatter all records as it dropped to a new low of Rs238 against US ...