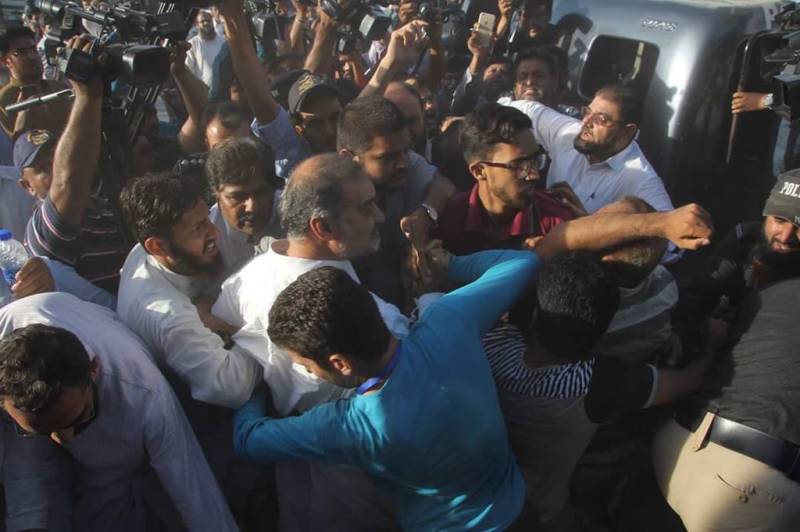 KARACHI - Jamaat-e-Islami workers and police came face to face hours after detention of Jamaat-e-Islami Karachi head Hafiz Naeem Ur Rehman along with scores of other party workers here on Friday.

According to media reports, police resorted to aerial firing and fired tear gas shells in a bid to budge JI workers for continuous flow of traffic.

Initially, JI had to protest at Shahrae-Faisal however, police staved off their plan and detained Hafiz Naeem, Usama Raazi and other party workers from Jamat-e-Islami’s Idara Noor-e-Haq.

JI supremo Siraj Ul Haq in his statement condemned the detention of workers and threatened that the party would stage a protest country-wide provided the workers were not released.

'Sit-ins, gatherings, and protests are a democratic right of people', he said.